As early as age sixteen in her hometown of Kansas City, Missouri, Alisha Malloy knew she wanted to get her Ph. D. She discovered her desire to teach when she taught a computer class at her high school. She attended the U.S. Naval Academy and then served as a Naval Officer, holding positions  in naval cryptology and war gaming. During her time in the Navy, she obtained a Masters in Engineering Management while raising two small children.

Once out of the Navy, Dr. Malloy entered the corporate world as a network and business analyst for Sprint. One day while at a friend’s house thumbing through Black Enterprise magazine, she saw an ad for The PhD Project and decided to apply for the program’s annual conference. Her children were ages three and six at the time. She recalls, “When I attended the annual conference and walked into that auditorium, I knew there was no turning back. I thought, ‘This is what I was meant to be doing with my life.’” She finished her program in less than four years. Upon completing, Dr. Malloy was crowned “Dr. Double.”

Due to her extensive corporate background, Dr. Malloy says, “When students come to me seeking advice, I am equipped to guide them through their career decisions.” She has helped countless students find the job for which they are best suited. Dr. Malloy teaches her students, “You must know the process before you can understand the language.”

One of Dr. Malloy’s favorite quotes is: “No one rises to low expectations.” Her next goal is to start a program to help bring technology to minorities through community service.

Dr. Alisha Malloy, Associate Professor of computer information systems at North Carolina Central University, has been selected to serve as the sixth academic dean of the United States Naval Academy Preparatory School in Newport, R.I. Her tenure will begin in June 2022. Since 2004, she has received research grants and awards totaling approximately $1.5 million from the National Science Foundation, Cisco Systems, and the state of Alabama, among others. The Southern Regional Education Board (SREB) named her Faculty Mentor of the Year in 2006. She has published four articles and presented or published papers at many conferences. Dr. Malloy has served as a faculty mentor and presenter for The PhD Project Information Systems Doctoral Students Association, and one of the doctoral students she helped, Dr. Belinda Shipps, went on to become The PhD Project’s Dr. Triple in 2008. Dr. Malloy continues her goal to bring technology to minorities through community service through the use of IBM Faculty Awards for Cloud Computing which provide access to Science, Technology, Engineering, and Mathematics (STEM) software applications for K-12 and community organizations using NCCU’s Virtual Computing Lab. These initiatives allow the participants to use the software applications through virtual machines inside and outside the classroom. 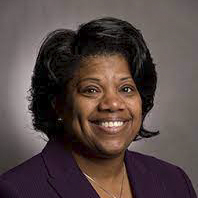