Wall Street investment banker Byron Hollowell, working ninety hours a week during the go-go 90’s on some of the planet’s hottest deals, sometimes paused to wonder about the long-term benefits of the mergers and acquisitions he  was helping to arrange.

When he did, his manager would tell him, “Hollowell, you need to get busy, and don’t think about that.”

But he did think about it. And while investment banking’s furious pace “hardly allowed time for soul-searching and introspection,” Byron Hollowell’s mind flashed back to the professor who had encouraged him as an undergraduate to consider college teaching one day.

“Back then, he saw me as professor material but I thought basically it was a joke—the farthest thing from my mind. I knew I was headed for Wall Street.”

Today, Professor Byron Hollowell recognizes that “it is critical to have someone identify you as having the potential for academe,” and he performs that role for many of the students he teaches. He has already guided several to explore the feasibility of becoming a business professor.

When Wall Street hotshot Hollowell reflected back on his mentor’s suggestion, he realized why the professor had steered him to classes in math and communications. “He was setting me up to get a Ph.D.”

Around the time his questioning about Wall Street’s deals grew stronger, Dr. Hollowell learned of The PhD Project. He had often before tutored younger students, and had derived immense satisfaction from it. At the eleventh hour for the program’s annual conference deadline, he filled out his application.

The computer crashed, wiping out all traces of his application. There was no time to redo it. “I had to think about that for one year, and because I’d missed out, it stayed in my mind.”

During that year, he reestablished contact with his former college mentor, who connected him with other professors so that he could learn more about the academic life. When the following year arrived, Dr. Hollowell applied early to The PhD Project conference.

The conference excited him and impressed him, but he told everyone he met there, “This is great, but I’m not giving up my job.”

But upon returning home to New York, Dr. Hollowell underwent what he now describes with a smile as “my out-of- body” experience.

“I found myself somehow filling out these applications and asking people for references. Someone was doing it outside of me. And then it became something I had to do. I was stunned when I realized I had completed the application process.”

Back on Wall Street, “All my friends said to me, ‘You’re going to do what? For how long?”

Dr. Hollowell knew that he’d be making a short-term financial tradeoff by leaving boomtown. But he also knew it was the smartest deal he had ever done. It was the one for himself.

Moving into graduate housing to cut costs and focus himself fully on studies, Dr. Hollowell breezed through his doctoral program in four years. Weighing the long hours he worked on Wall Street, he now realizes “I’m really not losing that much as a professor.”

Meanwhile, he has already started giving back. “When I was a college student,” he recalls, “I had so much given to me. I went in with the sole ambition of getting a job where I would not be laid off. And forty-three professors worked on me, sending me to internships and co-ops, to study abroad. I was fundamentally a different person when I came out. Now, I want to pay back some of the debt that was created when my professors went out of their way to empower me.”

Like the football player who got a C on one paper, along with a “please come see me” note from Dr. Hollowell. He told the young man, “You are not a C student. You are an A student. Let’s look at some strategies to get you there.”

Stunned, the student told him, “No one has ever done this to me before.” The student earned straight A’s the rest of the semester.

“You never know the effect of a pebble in a pond, where the ripples will go,” says Dr. Hollowell—who, in addition to inspiring students, is conducting research into a wide range of areas. Including, of course, the long-term consequences of Wall Street mergers and acquisitions.

Now an Associate Professor at Black Hills State University, Dr. Hollowell leverages his Wall Street experience as director of the university’s Student Investment Fund, an educational and investment experience for students. He was a finalist for the Penn State University Campus Teaching Excellence Award and recipient of its highest research honor. He has published eleven articles on the long-term effects of mergers and acquisitions. He regularly shares in class the challenges faced by African Americans and women in the highly technical fields in the corporate world. In addition, he admonishes women and minorities to seek out upwardly mobile positions in accounting and finance. Recently a student wrote to him, “I learned more from you within the ten minutes of interview prep than I did with most professors over the course of fourteen weeks.” 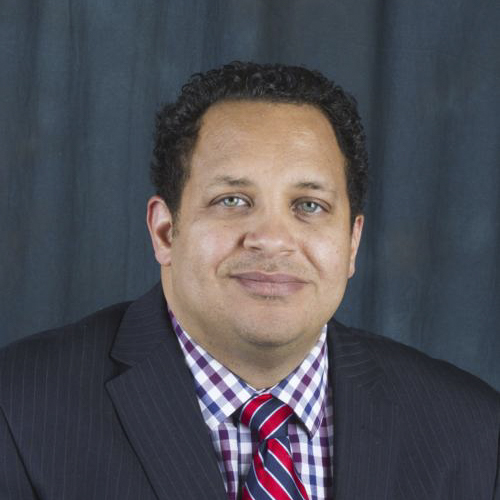