Millicent Nelson, born to a family full of academics and students, recalls that “teaching was a gift from God to me; I was always the one teaching people how to do things.” But she restricted her instructing to the corporate world, where “I was having a great time” in seventeen years of frequent travel, promotions, and excitement in the field of telecommunications.

By the time endless corporate restructurings led to increasingly onerous work requirements and irresistible severance offers, she was ready to turn to her calling. But the most common reaction she received when sharing her plans with friends was, “But you’re too old!”

“I told them if I was blessed, I’d be getting older anyway. So I might as well get old doing something I like.”

Accepted into a doctoral program, she soon recognized that she had made the right choice. “When you are  doing research and teaching, you are contributing to something that’s bigger than you—something that’s going to last.”

A student in one of her classes often sat silently through each session, and “that was unacceptable to me, so I would call on him, and get him involved. After graduation he came to see me, and he told me he had lived on a farm all his life, and would be going back to work on it after graduation.”

After a year on the farm, the student confided that he yearned to study for an MBA. Dr. Nelson walked him through the process, wrote him a recommendation letter, and because she knew the head of the program to which the young man was applying, introduced him personally. He is now an MBA student, planning to work in corporate America, and eventually become an entrepreneur, after receiving his degree. “Young people are the future leaders of our country, and as a professor you have the chance to influence them,” she says. “That is powerful.”

Now a tenured Associate Professor at Middle Tennessee State University, Dr. Nelson was the President of Management Faculty of Color Association (MFCA) and she served as co- Program Chair for the 2011 MFCA Conference. At the 2011 Academy of Management Conference, she coordinated a professional development workshop on “Managing the Tenure Process” and facilitated a panel symposium on “Academia as a 2nd Career from the Perspectives of Minority Faculty”. She was the recipient of Distinguished Research Awards at the 2007 and 2008 Allied Academies International Conference. She has received two research grants from her university and has publications in conference proceedings and academic journals. She serves as coordinator and advisor for the Health Care Management Graduate Certificate Program at Middle Tennessee State, and was program co-chair of an International Diversity Conference there. Dr. Nelson is mentoring another graduate student who is having difficulty being accepted into the MBA program due to a marginal GPA and low GMAT score. She believes this student is capable of earning his MBA and becoming an outstanding employee so she is working with him to realize his potential. 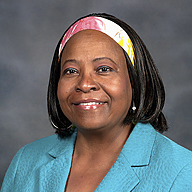