The Clock Told Him

Cruising down the MBA track at Howard University, Leyland Lucas was startled when a professor pulled him aside and asked if he had ever considered an academic career. “I said, ‘That’s not where I want  to be.’”

But a seed had been planted, and Lucas eventually found himself

in an adjunct teaching spot after he had returned to full time work. “I started noticing that I was looking at the clock when I was at work, to make sure I’d be out on time for my class.” Soon he realized that “when I got in the classroom, there was a natural connection for me that hadn’t been there before in anything I did.”

In hindsight, Professor Lucas believes that the teacher who first planted the seed at Howard saw in him “a discipline, and a desire not only to learn but to share my knowledge with others.” The professor knew, before he did himself, how to channel those qualities into an ideal career choice.

Dr. Lucas’s commitment to academic life was put to the test in the first year of his doctoral program. His original advisers told him bluntly that he “didn’t have what it took to be a Ph.D.— and I should think about returning to the private sector.”

“I used that as motivation,” says Dr. Lucas, who transferred to Rutgers University and earned his degree with distinction. Now a professor at Morgan State University, he says, “I always tell my students to aim for the stars—if you fail, you’ll end up in the clouds.”

“I set very high standards for my students. The harder I push them, the more prepared they will be. A student came back and told me, ‘Because of what you are and what you represent, you’ve made me a better person.’”

Now a tenured Associate Professor, Dr. Lucas is also Director of the Ph.D. Program at Morgan State—and by his second year in that position, had admitted a PhD Project doctoral student. He serves on the Shenandoah University Entrepreneurship Program Advisory Board, and has taught overseas in Ghana and Guyana. His research into minority entrepreneurship and capital access, and various strategy topics, has netted more than ten publications. He has worked to enrich his school’s honors program and expand international recruitment and global research, teaching, and study opportunities for his students. 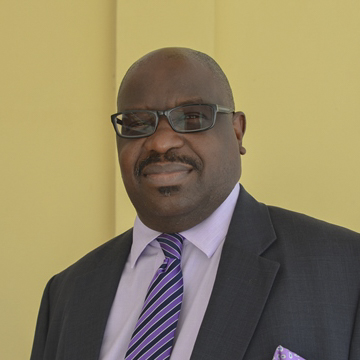