The Mathematics of Life

The reminders would arrive in Helen Brown’s mailbox, like clockwork, every year. The wrong time of year, as far as she was concerned.

The message in those PhD Project brochures was seeping into her consciousness, but next to the bonus check, it played second fiddle. For a while. And then Helen Brown embarked on a path that would ultimately answer a question from the textbook on the mathematics of life.

With seventeen years of corporate service already rung up, no dependents, and an unsatisfied but undefined yearning to find deeper meaning in work, how long does it take to turn a career and a life around?

For Dr. Helen Brown, the answer was two years.

“I enjoyed supervising and training people at work, so I had always thought, as many people in business do, ‘Maybe I’ll teach some classes in the evening at the local university, then when I retire I’ll do more.’ I was thinking of it in a very limited way.”

“I realized that it was the money that was keeping me in the corporation. When I asked myself what I was looking for in life, I had to be honest and say it wasn’t corporate America. Then I asked myself, ‘Why are you reducing it to money—can’t you live on a stipend for five years?’ I was single, my only responsibility was to Helen. Once I stopped thinking of it as a financial decision, it became a no-brainer.”

Another lesson in the mathematics of life. Dr. Brown had been living beneath her means for several years, and was debt-free. With money removed from her personal  equation, what was holding her back? Her comfort zone.

“I had lived in New York all my life; my family was there. It would be facing the unknown…. It was, ‘Can you really do this?’ It was fear of failure. In seventeen years I was always at least somewhat in control of my environment. Going back to school meant giving up that control.”

And she knew, should she hit a rough spot, her support system in New York would be far away.

That was when mathematics surfaced again, as Dr. Brown added it all up and concluded, “It wasn’t a big enough reason to avoid earning my Ph.D. I wanted it more than I feared it.”

Earning a paycheck as her reward for long, hard hours of work was one thing. Earning inner satisfaction for herself as a professor was something bigger and better. Dr. Brown left her job and was accepted at the University of Wisconsin, Madison. When she graduated, twenty-five friends and family members came from New York City to cheer her on.

Dr. Brown was previously a professor at Boston College. There, she had counseled and advised numerous students, of all races and backgrounds, on career decisions and plans. Should they go for an MBA or go to work? What about this company, or that one? Students who take her freshman level course resurface two or three years later, preparing to enter the job market, to seek her guidance and insights on employers and on career issues.

Dr. Brown- Liburd’s career continues to be her “dream job” as she teaches auditing and accounting information systems at Rutgers University and conducts research on auditor-client negotiations and other topics. Previously, at Boston College, she served as faculty adviser to the campus unit of AHANA, an organization that helps minorities attain success in business careers. “I enjoy my job; it is the right job for me,” she says. “When disappointments come along, as they do in any profession, they are part of the process. You pick yourself up and start again.” 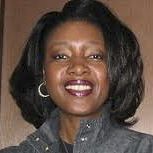