When a Big Salary Isn’t Enough

As he contemplated shifting gears in his life plan radically—from highpowered, hefty-salaried corporate executive to the professorial podium of academia—Melvin Smith made a big mistake.

He assumed that becoming a management professor would slash his income drastically and permanently.

But, several years later, Dr. Smith not only leads a comfortable life, he earns nearly as much as he did in his days of strolling the executive corridors of IBM, Pepsico, and Heinz. And, he reports, his life today is far richer and more fulfilling in countless, often intangible ways.
“There is no big sacrifice financially, especially when you factor in the consulting work a professor can do,” he says.

What challenged Dr. Smith financially were those first five years after the big decision—his turn as a doctoral student. But a plan, and a pact with his wife, helped ease the economic and marital stress that many prospective Ph.D. candidates anticipate.

Step one for Dr. Smith, father of two young boys, was promising his wife that the family would not have to uproot and relocate. He enrolled in a doctoral program at the University of Pittsburgh, close to home. Next, he pledged that the household would not suffer financially during his student days. Like many in the business world, he had assembled a nest egg over the years—intending to dip into it one day and start his own business.

One day became now. “I made the commitment to my wife that we would not sacrifice while I did this. We made no major compromises,” Dr. Smith says. The nest egg helped stabilize the family budget during his student days, with his wife continuing to work.

Dr. Smith also took the unusual step in his doctoral program’s latter stages of adding some part time consulting work with a former employer—while remaining a full time student. “I knew I could maintain the same quality of work in school,” he reports. “I would just give up some sleep.”

All it took was some careful scheduling—and a strong dose of determination. From 8:00 a.m. until 6:00 p.m. most days, Melvin Smith cracked the books as a student and researcher. From 6:00 until 10:00 p.m. nightly was family time. And then, as the family slept, he would hunch over his computer and handle consulting assignments until the early morning hours.

The end result today is a new career that offers Dr. Smith all the autonomy, intellectual challenge, and work-life balance that he had hoped to achieve. And, for Mrs. Smith, the outcome is a happier, more fulfilled husband—one who has found time to help send the boys off to school each morning, coach Little League, and attend all those soccer, basketball, and football games that would have been missed in his corporate life.

Nor, he adds, did attaining a balance require a drop down to professional mediocrity in exchange. Dr. Smith has coauthored a book chapter with two prominent scholars in his field, and the National Black MBA Association honored him as a top doctoral student.

Looking back on the fateful decision to switch careers, Dr. Smith says, “I was in a position that some might have seen as being locked—into that corporate track. But I showed it was possible.” 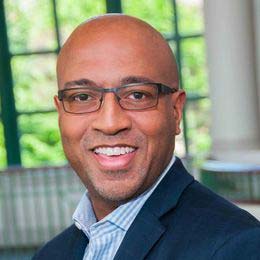