An Encounter in Church

Michael DeVaughn, a human resources executive in banking, lived in the same town where he had attended college. He belonged to the same church as one of his former professors.

One August day six years after DeVaughn graduated, the professor approached him in desperation. Teaching a popular course, he unexpectedly found himself needing two more teaching assistants for the fall. Was Michael interested?

DeVaughn agreed to try it. “After a year and a half, in which I was always coming home all frazzled from my job, my wife said, ‘I see you so fired up from this little one hour a week in class—why don’t you consider really doing it?’ Within a month, I received The PhD Project’s mailer. It felt as if the sun, moon, and earth had lined up. So I went for it.”

Dr. DeVaughn takes pride in earning his doctorate from one recognized research institution and accepting a position in another, but his greatest satisfaction comes from “the interaction with the student—the charge I get out of seeing them try to soak up what I’m saying.” The father of three young children, Dr. DeVaughn is also gratified that “I emerged with everything intact—marriage, kids. I struck a good balance all the way.”

In 2008, Dr. DeVaughn moved  to  a  tenure-track  position  at the University of St. Thomas (Minneapolis, MN). He has published two book  chapters,  has  a  forthcoming  article  in a leading management journal, and has won a “best paper” award at the Academy of Management (2007). The Strategic Management Society recently awarded him a junior faculty research grant. Outside of the academy, he coaches his daughter’s basketball team and his son and daughter’s track and field team. 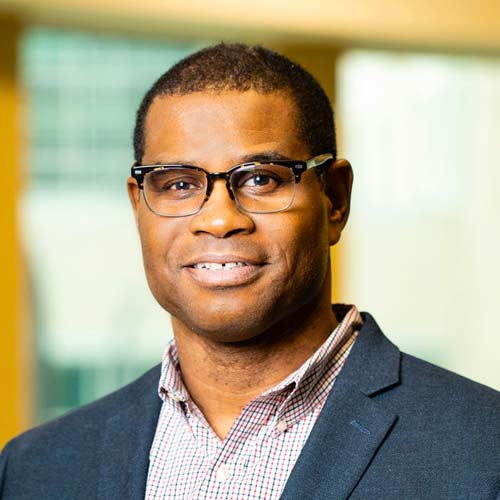