As a doctoral student in management at Duke University, Sharron Hunter-Rainey absorbed the same pool of knowledge her classmates did. She, however, was the only one also aiming to simultaneously achieve proficiency in camping and baseball.

Juggling home and career for Dr. Hunter-Rainey required some exquisite balancing, because there were three homes. Before enrolling at Duke, she had worked for Frito-Lay in Dallas. Her husband Dennis, an emergency medicine physician, was shuttling back and forth between there and Detroit, where he had both family and work. He needed to remain in his two-city job while Dr. Hunter-Rainey pursued her doctorate. So she and her son, Morgan, then five, moved to Durham, North Carolina, placing her in the role of single mother on weekdays.

“I learned to pitch a tent and pitch a baseball,” she remembers with a broad smile. More critical to her academic work, she also “learned to read anywhere, even on a soccer field.”

The balancing act necessitated hard choices and careful planning. Dr. Hunter-Rainey decided to forgo teaching assignments that would have provided extra income. Accepting the work would have cut too deeply into her family life. She also followed a strict regimen. “I woke up each day with  a plan. When the sun came up, I knew what I would be doing. I might not get it all done, but what wasn’t done became by default the plan for tomorrow.”

Succeeding at juggling is more than just good time management, she is quick to point out. “It’s knowing your different roles. I’m a wife, a mom, and a teacher. When you’re wearing one hat, you play that role to the fullest, and when you switch hats you step into that role totally.”

Work-life issues were not the only challenges Dr. Hunter-Rainey had to surmount during her doctoral studies. Before she had gotten through her course work, the two professors she had chosen to work with were both gone. One left in her first year, the other died less than a year later.

But Dr. Hunter-Rainey never wavered or doubted her course. After sixteen years as an engineer and marketer for Procter Gamble and Frito-Lay, and with stellar achievements to her credit—including three patents—she was burning for a new challenge. With many new hires under her supervision,  she found herself constantly teaching, and she had always welcomed research assignments.

“One day the light bulb went on for me,” she  recalls. She quit her job a few weeks before the annual PhD Project conference, turned down an offer for a highly prized job opening at another prominent corporation, and applied to  Duke, where she had always dreamed of studying. Today she is a professor at North Carolina Central University, where she integrates the practical experiences of her sixteen corporate years into her teaching.

To succeed in earning a  doctorate, Dr. Hunter-Rainey has learned, “You have to ask yourself why you are doing this. You have to know why; you have to be internally motivated. It can’t be because you are fed up with corporate politics. You have to be engaged in it, and working with the people in your department.”

A sense of humor also helps. Dr. Hunter-Rainey still enjoys a laugh as she recollects her young son’s trenchant observation about her pursuit of the doctoral degree. “Mommy,” Morgan said to her one day. “You’ve gone to college three times now. Aren’t you listening to what they’re saying?”

Dr. Hunter-Rainey was one of three recipients of the North Carolina Central University Award for Teaching Excellence in 2008-09. Her NCCU School of Business students have also recognized her work with the Students’ Choice Graduate Teacher of the Year in 2009-10, Students’ Choice Undergraduate Most Influential Faculty in 2008-09 and 2009- 10, plus Students’ Choice Undergraduate Teacher of the Year in 2006-07. She is now an Associate Professor of Management at Langston University. “To achieve balance I have mastered the art of the strategic ‘no’ to protect my most valuable resource, my time, to remain focused on my family and my career.” 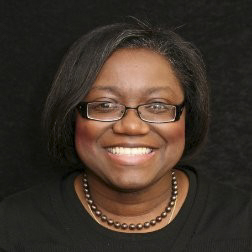