The contrasts between corporate life and an academic career were drawn starkly in the early 2000s for former business consulting executive Miles Davis, now a dean at Shenandoah University.

Watching his friends and former colleagues endure the stress of a chilly economy, he realized, “I have a multi-year contract, which I never had before. I spent my summer with my kids; my friends spent theirs worrying about having a job.

“I served as the president of the parent  teacher organization at my children’s school and sat on the board of the local soccer organizations. I have time to balance my life. The quality of life, the stress levels, are very different for me now.”

The recipient of a Teacher of the Year award, Dr. Davis becomes engaged in his students’ lives.

One woman was consumed with anxiety over what she should do upon graduation. “I took her through the same process I use in organizational strategy for companies, and I applied it to her career: what is your mission statement, what are your objectives, what is your competitive advantage? She got a sense of what she wanted to accomplish for herself.”

Dr. Davis is very conscious of his status as a role model. “We have students here from all over the world. Some have never seen an African-American in any position of authority or responsibility. So, I am conscious that what I do in the class room can impact their perspective of others in organizations.” Additionally, Dr. Davis states “that for African-American and other students of colored, my being in front of the class room introduces them to another career option.”

“I can’t imagine anything better than getting paid for what I love to do—to develop my ideas and share them,” says Dr. Davis. “To be an African-American, and celebrated in my community because of my role, is just incredible.”

Dr. Miles K. Davis is the 20th president of Linfield College. Davis has a Ph.D. in human and organizational sciences from The George Washington University, an M.A. in human resource development from Bowie State University and a B.A. in communications from Duquesne University. He was the inaugural chair of the management science department at the Harry F. Byrd Jr. School of Business at Shenandoah University and became the founding director of its Institute for Entrepreneurship. Dr. Davis went on to become the dean of the Harry F. Byrd, Jr. School of business.

Davis is an authority on entrepreneurship whose most recent work focuses on integrity, values and principles in the business world, as well as faith-based entrepreneurship. He helps organizations manage cultural and structural changes, strategic planning, leadership development and strategic growth initiatives. He is a member of the Society of Leadership Fellows at St. George’s House (their first none UK based member), an organization based out of Windsor Castle in England that brings together world leaders in a variety of fields to analyze contemporary issues. Davis is also the first college president to come out of The PhD Project, a network that helps members of underrepresented communities attain doctorates and become leaders in higher education. Recently, Dr. Davis was appointed to the Board of Directors of the National Association Independent Colleges and Universities (NAICU). NAICU is the official policy and lobbying arm of non-profit private higher education in the USA.

Dr. Davis has won numerous awards including awards of service from the NAACP and the “Drum Major for Justice Award” from the United Churches of Christ. He has also won recognition for his interfaith work from the Islamic Society of North American and the United Methodist Church.

Dr. Davis is a much sought after speaker on the topics of: organizational change, ethical, moral and principled leadership, and the need to transform higher education. 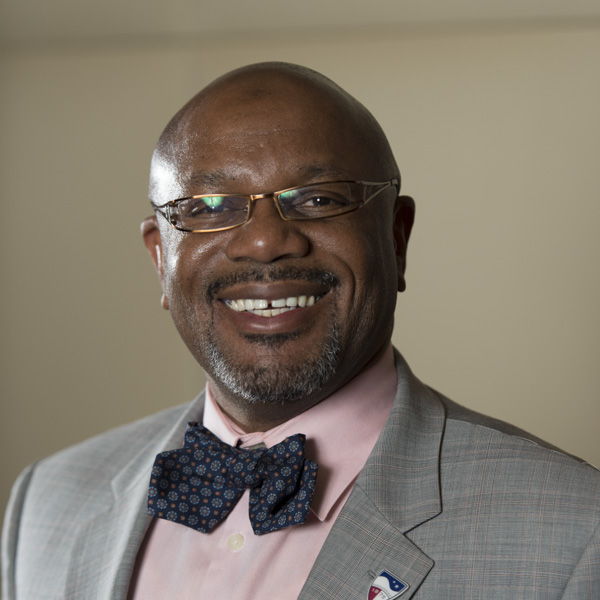