Francisco Roman had just  earned his Master’s degree in economics, and the future looked bright. But a tough choice loomed ahead for the young financial analyst: on one side of his desk sat two exciting job offers in trans-national companies.

Spread out on the desk’s other side was a stack of Roman’s application papers for doctorate study in business. Also occupying a corner of desk space as if to punctuate the magnitude of his choice: a snapshot of his wife, a student, and his young son—each seemingly asking in silence, “Can you support me?”

Tough choice, easy decision. Francisco Roman, despite a successful Fortune 500 career as a management accountant, had yearned ever since entering his Master’s program to teach college. He pushed the job offers aside and plunged into a new life as a Ph.D. student. He is now Dr. Roman and relishing every day of it.

“I just thought the transition would be easiest to do it right then,” he says. “Here was a chance to have an impact  on people’s lives, to share your knowledge with others, and contribute something positive to society.”

During his Master’s program, Dr. Roman had been invited to teach a class at the junior college where years earlier he had begun his own higher education. The experience ignited an urge in him to become a professor.

“The opportunity cost for me was very high, considering the two job offers I held,” he says. “I figured in the long run, I would be better off. Not only economically, but because of the fact that you can make a difference in people’s lives both by teaching and doing research.”

Today Dr. Roman sees that the seemingly large financial tradeoff in his choice was actually an investment—the cost being his reduced income for the five years of doctoral studies. His strategies for coping included teaching during summers and off- hours, selecting a school that provided a stipend, and taking some loans. But now his compensation as an accounting professor will more than cover that cost within another three years or so. Meanwhile, he is already reaping psychic rewards.

“I get e-mails from many students who have gone on to graduate and get jobs. They tell me how they are now using the material we covered in class to help them at work. This is a good feeling for me. More than anything else,” he says, “is the personal satisfaction I receive.”

Dr. Roman has been honored for excellent teaching, and is working on several research topics. His advice to anyone considering a doctorate in business: “It is critical to find out if this is something you really, really want to do, because it is a huge commitment—not only financially, but because it will take time away from your family and friends.”

The rewards of his career choice continue Dr. Roman, now at University of Southern California. His first publication appeared in 2007 in the Journal of Accounting, Auditing, and Finance, and it was reported on by The Economist magazine. Additionally, he has published articles in the following journals: Accounting, Organizations, and Society, Journal of Financial Economics, Issues in Accounting Education, and the Journal of Management Accounting Research. 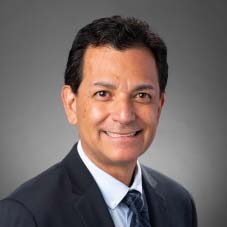