Taking stock of his life, Frank Bryant had to admit that things could hardly look worse.

Earning his MBA during the recession of the early 1990s, he returned to his economically depressed hometown, Buffalo, to a dormant job market.  His brand new degree was good for nothing more than a series of low-level temporary jobs. Bryant, heeding a favorite professor’s counsel, decided to become a business school professor himself.

He applied to five doctoral programs. He received five rejections. Where some people might have thrown their hands up in frustration and started scouring the want ads for burger- flipping jobs, Frank Bryant dug his heels in harder.

He ultimately landed a sales consulting position, and in his free time began reworking his game plan for entry to academe. But the months soon turned into years, and Bryant was not yet ready to brave the waters again.

Then, nearly five years after his ignoble return to Buffalo, Bryant lost his job and found himself in straits as dire as those before. This time, he hastened into action.

“I did research on which schools would be the best fit for me, and I applied all over again,” he remembers.

He also signed up for a GMAT prep course, paying for it with his severance package and unemployment benefits. It boosted his scores by 70 points. New Mexico State University soon granted him admission.

Today, Dr. Frank Bryant is a highly-regarded marketing professor who implores his students, facing an economy just as challenging as the one that twice kept him out of work,  to prepare by doing just what he did.

“I tell them, ‘be willing to constantly educate and retrain yourself. Sometimes you have to make a career change, or go in a different direction, to make yourself more attractive. Go back to school instead of being stuck where you are.’”

How did the unemployed executive persevere in the face of such massive initial rejection of his chosen path? “I wasn’t too happy in the corporate world, and so I made becoming a professor my sole goal,” he says. “I didn’t want to be a management type, and I didn’t like sales—and if you’re going up the ladder in corporate life, that’s where you’re headed.”

The life of a professor, Dr. Bryant notes, “fits my personality. It is an opportunity to work and learn at the same time.” Professor Bryant frequently writes job and  graduate school recommendations for his students, and many of  them have stayed in touch with him years after graduating.

Today, Dr. Bryant reflects on the initial trepidation about committing several years to the rigorous life of a doctoral student. “I just went for it,” he says, “and didn’t dwell on it. I knew that at the end of the day, it would be worth it.” 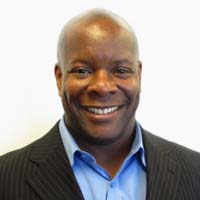