Seeking out a new career path upon retiring from the Navy, Ulysses Brown taught middle school for a while, then enrolled in advanced graduate studies in psychology.

Along the way, he began assisting a faculty member in research. One day the professor pulled  him aside and asked, “Do you know the difference between a Ph.D. in psychology and one in business?”

“I was looking for something profound,” Dr. Brown remembers. But the professor’s answer was short and simple.

As things turned out, the differences turned out to be more than financial. Within days of arriving as a business doctoral candidate at Jackson State, a historically Black college, Dr. Brown was teaching. Instantly, he became a role model to thirty- five undergraduates. Influencing them in the classroom would not be enough. So he added an unofficial topic to the syllabus: career opportunities in academia and the federal government.

Several of the students who crowded around Dr. Brown’s computer have since had their work published. Another group of students completed their research papers and had them accepted for presentation at academic conferences. Five students have gone on to graduate studies as a direct result of the after-class sessions in Dr. Brown’s office, and others are preparing to do the same.

There was no choice in being a role model. Dr. Brown says, “Whether you want to be or not, you are. I realized how influential it had been for me to do research with that faculty member I worked with, and I thought, ‘why don’t I do it here?’”

Dr. Brown also encourages his students to consider emulating his track and becoming a professor. “If you are going to make $75,000 a year in a corporation, why not do it in academia, not have to work twelve months a year, and get to attend PTA meetings and school plays?”

Flexibility in setting his own agenda has turned out to be one of the key benefits of a professor’s life for Dr. Brown. He teaches four classes, with a schedule that frees him to pursue research from his home office two days a week. “I don’t know that there is any other place where I could make the kind of money I earn, and do what I like,” he says with satisfaction.

Dr. Brown is now a Full Professor of Management at Savannah State University. His current research addresses organizational performance of military units, student ethics, and advanced research methods. He has received several awards for research and has published more than fifty refereed journal publications and conference proceedings. He developed a course that teaches research skills to students interested in attending graduate school. With him, they have presented papers at national and international conferences, several of which have been published in refereed journals. Former students of the course have entered graduate programs in business, law, and public administration. 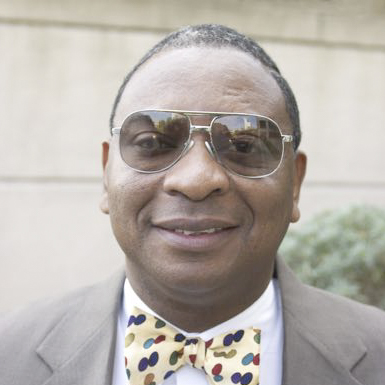