The unusual nocturnal activities were the result of a creative, if occasionally nerve-racking strategy he devised to pay the bills during his doctoral studies.

Having chosen to trade a lucrative paycheck and career in engineering at a Fortune 100 company for the austere life of a doctoral student—“A large bureaucratic corporation is not  a place for lots of creativity, and I still hungered for that” —he listened thoughtfully as his boss told him, “You’re crazy for quitting your job.”

Dr. Valerdi knew what his boss was thinking. “To do what I did, you have to change your financial lifestyle. You can’t afford the house or the vacation. And a car is out of the question.”

But the soon-to-be ex-engineer had a plan. Rather than sell his San Diego townhouse, he refinanced it and used the proceeds to buy a duplex in Los Angeles, four blocks from USC. He lived downstairs and rented out the upper apartment. With the rental income from that and the San Diego home, he was living nearly rent-free—if occasionally bound to handyman duties.

“I was the only landlord in my Ph.D. program,” Dr. Valerdi says with a note of pride. “And I did this as a student in probably the most expensive real estate market in the country.” The plan was orchestrated carefully—it would have all fallen apart had he failed to lock in his mortgage commitment while still employed and bringing home a respectable paycheck.

Meanwhile, the new financial constraints were  more than offset by a new career that seemed limitless. “With a Ph.D. in IS the sky’s the limit,” he says. “You can teach, do research, and consult. In my corporate job, I was one of forty thousand engineers. Now I am one of four thousand Ph.D.s in the nation. Your sphere of influence as a professor is at a completely different level of impact.”

Dr. Valerdi credits his father, a Ph.D. in engineering, with modeling an academic career and influencing his choice. Off to a fast start, Dr. Valerdi completed his program in three years, publishing two journal articles in the process. And, as a fringe benefit, his timing was perfect: the duplex that financed his doctoral program doubled in value during the time he lived there. Now that he again earns a “real” paycheck, he has grown his small real estate empire to four properties.

Dr. Valerdi, no longer distracted by the need to moonlight as a handyman, has published eleven journal articles and presented thirty-six conference papers. One paper won a “best paper” award at a 2005 conference. He is co-editor of a new journal, Journal of Enterprise Transformation. Dr. Valerdi created a new class at Massachusetts Institute of Technology, where he taught formerly, on cost estimation and measurement systems, and mentors undergraduate and graduate students. He serves on the editorial advisory board of the Journal of Enterprise Information Systems. He is also working toward a Masters degree in psychology at Harvard University. 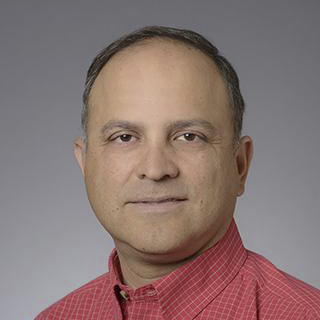