They Saw it in Him

Ex-Marine, now Colorado State University freshman, Andy Garcia looked in the mirror and saw a student. But when the academicians looked at him, they saw a future peer.

“I was sitting in my counselor’s office, making the case for why I should be allowed to take an introductory accounting course out of sequence.  I pulled out a grid chart where I had mapped out the course sequence I wanted to take for my whole four years,” Dr. Garcia recalls.

“Who are you, and where did you come from?” the counselor asked the freshman. She then stunned him by interrupting the discussion and walking him down the hall to meet the dean of the business school.

Something in the ex-Marine’s demeanor and  his rigorous, self-disciplined approach to his education resonated in the counselor and the dean. On the spot, they urged him to enroll in the Minority Summer Institute, a 1990s nationwide effort to encourage undergraduates to become business professors. “At that point, I hadn’t even considered becoming a professor. They saw it in me before I saw it myself,” Dr. Garcia admits.

The accounting student attended the program, viewing it initially as simply a paid opportunity to acquire knowledge and earn academic credit. But upon becoming immersed in the summer program, he began hearing about “the psychic rewards of becoming a professor.”

Listening to professors describe how they had influenced the lives of countless students, mentoring them, and guiding their career choices, Dr. Garcia made a sudden realization: this was exactly what the dean and the counselor at Colorado State had done for him. It was why he was sitting in that very classroom.

“What they were describing had just happened to me, and I thought, ‘Wouldn’t it be nice to be able to give something back like that,’” he says. Then and there, he decided to become a professor.

Observing his own teachers closely, Dr. Garcia identified the factors that defined the best of them. As systematically as he had charted out his undergraduate course sequence, he set out to emulate the career track that seemed to mark the most effective professors. The path, he determined, would include earning an MBA and CPA, and several years in business—with a healthy sprinkling of overseas experience. Methodically, he also plotted out a financial plan to establish a financial cushion for four or five years of doctoral studies.

The plan would unfold just as he envisioned it: four years at a Fortune 500 company and a Big Four accounting firm, with extensive service in Latin America and Asia; a fortuitous introduction at The PhD Project conference to the Texas Tech professor who would become his dissertation committee chairman; late-night moonlighting sessions in hotels in Caracas or Bogotá to prep for the GMAT and line up references; and smooth admission into Texas Tech.

When the wheels fell off midway through his doctoral program, it was nothing that Andy Garcia could have anticipated or prevented.

Not once, but twice during his coursework at Texas Tech, departmental changes led to curriculum overhauls that lengthened the list of required courses. Having prepared and budgeted meticulously to afford four low-income years of doctoral studies, Dr. Garcia now faced seven years.

As the temptation to quit swelled within him, Dr. Garcia reached out to other doctoral students around the nation whom he had met through The PhD Project. He was surprised to hear tales of serious setbacks from many of them—“and many of those were more challenging than what I was facing.”

“So I looked myself in the mirror and said, ‘Get yourself together. You can do it.’” The accounting student reassessed his personal balance sheet. Selling some of his belongings on eBay and moving into a smaller apartment, he made the financial adjustments that pulled him through.

Today, Professor Andy Garcia reports he is “very happy— I really, really like what I do. When I was in business, I was just getting up and going to work. Now, I wake up looking forward to it.”

Dr. Garcia is a tenured associate professor with ten articles published with two more accepted and forthcoming. He recently won a “Best Paper Award” at the AAA conference (2011) and has presented, moderated, and been a discussant at numerous other conferences. He is faculty advisor to Beta Alpha Psi and has served on Bowling Green’s faculty senate, curriculum committee, graduate advisory council, and scholarships and awards committee. He has also been an outside reviewer on two Ph.D. committees. 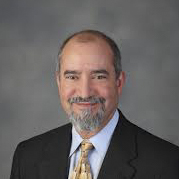