At a tense meeting one day in the early 1990s at a large, heavily white university, a student watched in silent

respect and admiration as his mentor—a senior African- American faculty leader—stood up to academic ignorance and prejudice and stared it down. The student saw—perhaps for the first time—that it was possible for an African-American man to challenge the status quo and influence thinking within a predominantly majority culture. The moment crystallized into an indelible memory and life lesson for the student.

About a decade later at another well-known, mostly white university a few hundred miles away, a similar scenario unfolded. This event, too, would be long remembered as a learning moment by a young African-American man observing it.

Such experiences are probably more common in modern times than in the pre-diversity past. What makes this story special is the role that Dr. Mark Dawkins plays in the two events.

In the first meeting, Mark Dawkins was the student watching his mentor in quiet awe. In the second, it was a different young man drawing inspiration as his mentor stood up for the needs of African-American students in the business school. That mentor was the very same Mark Dawkins—by now risen to become an associate dean.

Such is the nature of mentorship at the most meaningful level: it passes its lessons forward to future generations. This too is a fundamental goal—and increasingly a tangible outcome—of The PhD Project.

When the first meeting recounted in this story took place, Dr. Dawkins was a PhD candidate in accounting at Florida State University’s College of Business. The college was already a nationally admired beacon of doctoral diversity because of the unceasing efforts to attract candidates of color by its dean, Dr. Melvin T. Stith. As his successes multiplied, majority faculty members pushed back: “You’re lowering the standards by recruiting so many people of color,” some claimed.

A meeting was called, and it grew heated. Then Dr. Stith stood up and presented the facts: minority students, as a group, had scored higher on the GMAT exam than the majority students admitted to the program. The opposition to greater diversity at the business school wilted.

This was so strong a memory for then-doctoral student Mark Dawkins that more than two decades later, unprompted and in detail, he would recall it vividly: “There was a lot of

push-back from faculty, and Mel stood his ground. He showed them that their concerns were misplaced. No standards had been lowered. He deserves a lot of credit, in my book, for how forcefully he stood his ground and pushed for diversity at Florida State.”

Doctoral student Dawkins became Assistant Professor of Accounting at the University of Georgia. Focused foremost on developing his research and teaching, he still found time to join efforts to attract African-Americans to his new academic home.

“I live in a state that is 30% African-American and about 14% Hispanic. At my university, African-Americans represent about 8%, and Hispanics about 5%,” he says. “It is personally important for me to make sure that the university has diversity on our campus.”

A few years after arriving at Georgia, Dr. Dawkins teamed with the state’s C.P.A. society to win a $10,000 grant to create a summer program that would introduce minority high school students to the accounting profession and encourage them to pursue it in college. That first year, 1998,

10 high schoolers took part. From this modest start, the program has mushroomed into a four-day, on-campus “accounting camp” that draws 100 students, corporate sponsorship and guest lecturers from every major accounting firm. Every summer without fail, Dr. Dawkins showed up to meet and teach the young men and women who attend.

Through this and additional diversity recruitment programs that he participates in or oversees, several hundred minority high school students gain an up-close and in-person glimpse at the advantages of studying accounting at the University of Georgia. Up to 15% of them go on to study accounting there, and the vast majority of the others take up business studies at other colleges. Success has many parents,

and Dr. Dawkins does not claim credit, but diversity at the business school significantly exceeds that of the university overall.

Dr. Dawkins achieved a professional milestone in 2008 when he stepped up to become associate dean for Academic Programs at the business school. “We need to have more people of color not only in the front of the classroom, but also making decisions about the priorities of the university and the direction that it takes,” he explains. “You can’t make those decisions unless you’re seated at the table. As professors we have direct impact on students through teaching, but in administration you have a broader impact on the university.”

The seed for his decision to enter administration had been planted many years earlier. The long-term role model for Dr. Dawkins was none other than Dean Stith. Often, Dr. Stith had told him of the joys he experienced upon meeting the happy parents of a graduating student on Commencement Day. At one such session, he told the soon-to-be Dr. Dawkins: “This is a pretty good experience. It’s something you should consider.”

As Associate Dean, Dr. Dawkins had a full spectrum of responsibilities that spanned all aspects of the academic program. Among them in 2014 was the development, from scratch, and implementation of an entirely online new Bachelor of Business Administration degree program; creation of a functioning private equity fund for alumni to fund and invest with input from undergraduates; and planning for a future entrepreneurship center within the school.

Just as junior professor Mark Dawkins found time  to focus  on  his  passion  for  increasing  diversity,  so  does

Dean Dawkins, now a Dean at the University of North Florida. A role model and mentor to countless students, he continues to interact with minority admissions prospects at the “summer camps” and with undergraduates through such roles as faculty adviser to the campus chapter of the National Association of Black Accountants (NABA). It was in this capacity in the mid-2000s that he met and began mentoring an African-American young man with aspirations of a successful career in accounting.

High school senior Bryan Davis knew, from his first visit to tour the University of Georgia, that he wanted to major in accounting. After meeting Mark Dawkins that day and hearing from him about the university’s accounting program and research opportunities, he decided this was where he would become the first in his family to attend college.

Certain of his career goal but far less confident in his capacity to succeed in a majority-dominant college and work environment, the young man arrived on campus and thought, “There is literally no one here who looks like me.” (Outside of Dr. Dawkins, that was clearly the case in the accounting department.) “No one I can look up to and say, ‘Oh, that’s how you do it.’ No one who can say, ‘This is how you interact and communicate your skill set in an organization that doesn’t have people who look like you.’”

Why this was so, and why it mattered, he would explain years later, is because “Culture makes a difference. Others may not have the same perspective as you about leadership, about having confidence in a room full of people who don’t look like you.”

“I would see him walk into any room at the university and be  as comfortable as if he  was in his own house,” Davis

“That,” Davis says, “was the biggest inspiration I ever had. Otherwise, I would not have thought that I could be successful like that.”

Active in the NABA chapter, Davis attended the meeting recounted at the beginning of this chapter. Unlike the heated session a decade earlier in which Dr. Dawkins was the student, the issue here was not a charge of lowered academic standards, but one of sheer ignorance as to why minority students needed their own organization when the college already had one for all accounting students.

Listening as Dr. Dawkins calmly and methodically (and ultimately successfully) explained the rationale for funding the NABA group, the young man experienced the same revelations and emotions as doctoral student Dawkins had many years ago, on the day Melvin Stith stood his ground and systematically decimated the claim that increased diversity was decreasing academic quality. And, like Dr. Dawkins before him, Davis would be able to easily recollect vivid details of the moment many years later.

Demonstrating the confidence and poise he developed as an undergraduate mentee of Dr. Dawkins (the skill set was never in doubt), Bryan Davis sought and won a prestigious internship at the U.S. Financial Accounting Standards Board—a competitively fought-for position seen in the profession as a powerful career-launcher. Today, he is a technical accounting advisor, focusing on financial instruments, derivatives and hedge accounting in the treasury department of GE Capital, the nation’s eighth largest financial services company. 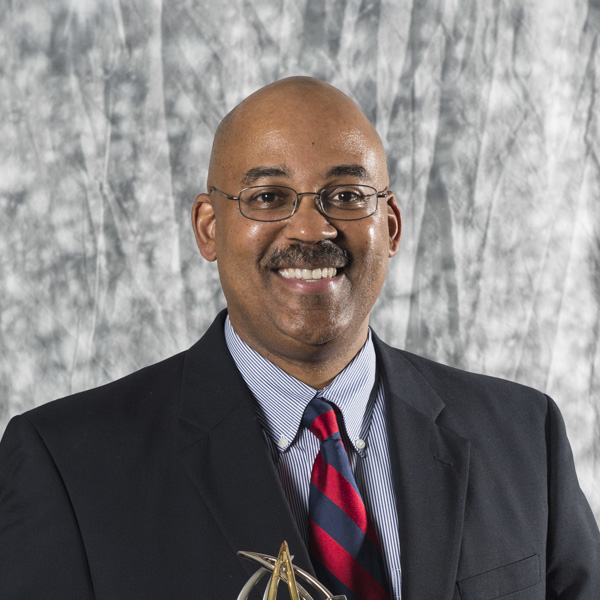 Dean, Coggin College of Business and Professor of Accounting