The academy lost these two amazing scholars. Both Dr. Henderson and Dr. Williams left a wonderful legacy of research and mentorship that has inspired many.. They were considered “giants “ in the field of Marketing and are sorely missed.

The May 2013 arrival of the American Marketing Association’s Journal of Public Policy and Marketing in business professors’ mailboxes was a watershed moment. It signaled the maturing of diversity in business as a recognized, even essential field of academic study. This had not been so prior to the existence of The PhD Project.

At first glance, that May 2013 issue looked like all the others before it. But this was the JPPM’s Special Issue on Marketplace Diversity and Inclusion, the first time the prestigious journal had devoted an entire issue to the topic.

It was also a watershed moment for The PhD Project: of the issue’s 17 articles, all but four were authored or co- authored by PhD Project professors. In all, work by 20 scholars affiliated with the Project appeared in its pages.

That special issue was conceived, driven and edited by two veteran faculty members who had, since Day One, influenced the Project and countless of its students and professors: Drs. Geraldine Henderson and Jerome Williams.

“It is no longer a viable strategy for companies to stick their collective ‘heads in the sand,’” they wrote in their introduction to the issue. “Instead, private and public sectors should enact policies to ensure active interest in and respect for diverse marketplaces throughout the globe.”

It is easy to see why marketers are increasingly interested in diversity: the consumer world they serve is an increasingly diverse population in a global marketplace. But the academic community has not historically shared this interest. Now, largely as a result of The PhD Project’s existence, the body of diversity-related academic research is growing exponentially in marketing and also expanding in the other academic disciplines of business: management, accounting, finance and information systems.

Dr. Williams and several other pioneers were early and strong originators of diversity research in marketing even before The PhD Project formed in 1994. But that year marks the start of The Project’s story, and it is also the year when Geraldine Rosa Henderson enters the scene.

She enters it in top form. Walking into the inaugural PhD Project conference that December, she is completing her doctoral studies at a Top 25 business school, Northwestern, and has already accepted a professorship at another Top 25, Duke. She is an instant “poster child,” role model and mentor for the first class of PhD Project participants.

And when she settles in at Duke the next fall, she excels, instantly.

“Against all odds, she won teaching awards the first time she taught. Nobody does that,” recalls PhD Project professor Dr. Tiffany Barnett White, then a Duke doctoral student. “People who have written reams of books can’t do that. She was superlative.”

On track to go far. the prestige of a top university attached to her name, but in a few years’ time… she says goodbye to Duke and moves on.

Colleagues who don’t know her well are at first perplexed. But to those who know her better or who look closer, the move to Howard University in Washington, DC is logical, sensible, perhaps even inevitable. For the leadership at Howard has recently announced intent to elevate its research focus—in precisely in the same areas where Dr. Henderson has come to realize that her deepest interests lie: compelling issues relating to marketplace diversity and multiculturalism in marketing.

And this—especially back in the 1990s—is not considered mainstream material, neither in content nor methodology. It is not what junior faculty members at top drawer research universities are encouraged or rewarded to do. Each time Dr. Henderson publishes a paper on a diversity topic, she hears someone say, “You know, you really need to get back to the main focus of your work.”

But, she decides, this is the main focus of her work. And so she packs.

“That,” Dr. White reflects some 15 years later, “took a lot of courage. She was doing the thing she was expected to do, and doing it quite well. But she wanted to do research that had meaning, and for her that was in marketplace diversity.”

“It was a personal decision,” Dr. Henderson recalls today. “I needed to make a change, a radical change.”

The academic community’s sparse enthusiasm for multicultural research could not be fully explained as an expression of prejudice, ignorance or elitism. The prevailing paradigm Dr. Henderson and others were challenging had a conceptual aspect: mainstream marketing research held that consumers should be studied as one complete entity, encompassing all groups, for consistent, accurate theory to emerge. Only in this way, it was said, could universal rules and truths emerge. Drs. Williams and Henderson and other pioneers said, in effect, “No; we can learn more by studying the differences than we can by ignoring or dismissing them.” Dr. Henderson’s move to Howard said that loudly.

From there on, including turns at the University of Texas and now at Rutgers University, Dr. Henderson would speak loudly by publishing prodigiously—often with Dr. Williams but also with other scholars within and without The PhD Project:

The papers would pour forth abundantly. The full list runs many pages. Interspersed with these would be an equal number of papers and presentations on what her profession’s establishment would consider “mainstream” topics.

And as her curriculum vita expands, a new generation of minority doctoral students and professors, rising up through The PhD Project, takes notice.

They read her work in the journals, and at PhD Project conferences, they meet her in person. Role modeling, mentoring and collaborations ensue: Dr. Henderson actively seeks out such opportunities because, she has discovered, mentoring and role modeling are also passions that fill her with energy and purpose.

Perhaps the first African-American doctoral student to be deeply influenced by meeting Dr. Henderson was Dr. White, who is now Director of Graduate Study, Department of Business Administration at the University of Illinois. She believes that the impact of the professors who pioneered diversity research reaches far beyond their mentoring of PhD Project participants.

Early in The PhD Project’s life, Dr. White—who was there at the beginning and has herself mentored as many doctoral students as anyone—observed that some minorities considering the career switch to academia would eventually retreat: their attraction was based on an interest in exploring diversity-related research, and in those early days they discovered what Dr. Henderson once had: that this wasn’t the path to mainstream success in academia.

“Gerri, Dr. Williams and Dr. Sonya Grier legitimized the field by publishing on these research questions in the best journals,” says Dr. White. “They are opening doors for other scholars, and they are opening the eyes of potential scholars.”

Dr. Kevin Thomas is one living example. His story illustrates the strong hold of the prevailing wisdom that has long marginalized diversity research.

Drawn to the enticing prospect of trading his corporate job for the life of a business professor, Kevin Thomas came home from the 2005 PhD Project with high hopes, excitement and confidence. All of which were soon dashed: he applied to seven schools and received seven rejections.

Evaluating the outcome with as much objectivity as he could muster, he was nonetheless puzzled: on paper, he seemed a solid candidate. Thinking, “There’s something about this I’m missing,” he reached out for advice from professors he had met at The PhD Project and in his earlier MBA studies. Gradually, a realization emerged: he’d been expressing a hunger to pursue diversity issues in his research, and mainstream academia was not enthused.

Something else emerged from those discussions: “I kept hearing the name of Jerome Williams at the University of Texas,” Dr. Thomas recalls. “I finally gathered the nerve to email him, and then to call him for advice.”

For the first time, the aspiring academic found himself talking to a respected scholar at a leading institution who shared his passion. The two men clicked almost instantaneously.

Jerome Williams, notwithstanding a 10-year career in business and a pre-tenure focus on mainstream research topics, had known since high school that he would one day want to study issues relating to diversity and discrimination. While in fourth grade, his family had moved from heavily minority center city Philadelphia to an integrated suburban community nearby where school officials promptly, without testing him or notifying his parents, placed him in special education. The decision was reversed, but even at that age young Jerome knew that an injustice had been done. Just a few years later, he would watch with combined  disbelief, pride and concern as news media crews descended on his

pleasant Northern-state suburban block: the African-American lady three doors down from him had just bought a home in an adjoining all-white community, Levittown, and it was national news.

By 1994 when The PhD Project started, Dr. Williams had earned his PhD, begun climbing up the academic ladder and was finally turning his attention to research in areas relating to diversity. This direction, he recalls, “was not always respected and accepted.” Well intending mentors and advocates encouraged him to follow the mainstream so as to advance his career. By the time Kevin Thomas found him, Dr. Williams had succeeded in pursuing his passion and earning national recognition for his scholarship.

Although Austin, Texas was among the last places where Southern Californian Kevin Thomas expected to live, he applied to enter the University of Texas doctoral program and study with Dr. Williams. The application was accepted.

Even under Dr. Williams’ wing, the long reach of mainstream academia’s prevailing wisdom continued to pull forcefully at the doctoral student. He selected for his dissertation a safe, data-driven retail-marketing topic, relegating his passion and scant free time to a side project exploring the depiction of African-American men in magazine advertising. Before the doctoral student got to finish his dissertation, Dr. Williams accepted a position at Rutgers and left Austin. Kevin Thomas was momentarily without an on- campus mentor.

One day he shared his side interest with another marketing professor he had met at Austin, Geraldine Henderson, who had moved there after Howard. She found it “really interesting.”

Dr. Henderson started paying closer attention to the young PhD candidate’s work, and one day she asked, “Why isn’t that your dissertation?”

“Would they let me?” the student asked.

Assured that the department would, he then asked her, “Who would I get to chair my dissertation committee?”

The answer to that question, of course, was standing right in front of him. Dr. Henderson calls the dissertation on millennial African-American males that resulted from this exchange “very fascinating work” that examines the question of whether the United States is in a “post-racial” era.

“Kevin’s work is going to transform consumer research,” she predicts.

Dr. Thomas, now an assistant professor at the University of Texas, is already a prolific and published researcher—on the topics that continue to intrigue him.

Summing up the state of multicultural and diversity related research in business academia in 2014, Dr. Williams says, “Doors have opened up, but it’s not yet where it should be.”

She, Dr. Williams and Dr. Thomas collaborated and co-authored papers on issues of diversity and consumers. 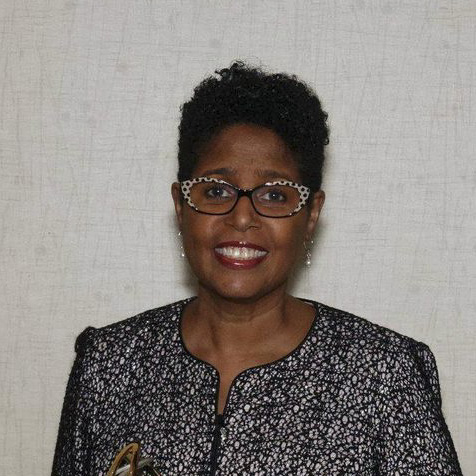 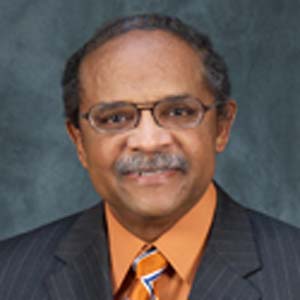