The mailings finally got to him. Danny Lanier, public accountant, had reached that point in life and career where he was starting to wonder where true fulfillment might lie. It was then that he began paying closer attention to The PhD Project mailers that seemed to be arriving a couple of times a year with predictable regularity.

“It was successful marketing by The PhD Project,” he explains. “After

being pelted with mail, I said, ‘alright.’” He attended a PhD Project conference. “I came in thinking this might be what I wanted; I left knowing that it was.”

At the conference, he recalls, “I saw people I had known from INROADS and other programs. I saw one of my college instructors, who didn’t have a Ph.D. It made me see there were others with common interests here; maybe this isn’t such a crazy idea.”

The conference sessions, at which professors described their lives, marked a turning point for him. “It seemed there could be meaning to what you do. Someone on one panel said that when you leave a corporate job, they just put someone else in your spot, and they go on. But when you are in academe, you mean more.”

His decision made, Dr. Lanier identified universities that offered programs matching his interests, and then successfully pursued scholarship opportunities once he was accepted by the University of Georgia. Today, he takes great delight not only in his formal responsibilities, but in guiding students onto career tracks. He has converted several students from “undecided” to accounting major. Some of them have gone on to work at top- level accounting firms. He continues to receive messages from them, updating their progress and thanking him for his earlier guidance.

“Seeing them go out and succeed, and then come back to thank me,” Dr. Lanier says. “It’s priceless.”

Professor of Accounting Lanier says, “One of  my favorite aspects of my position is being able to have an impact on students. I recently received a card from a former student thanking me for encouraging her to major in accounting (at the time she took my course, she was a finance major) and for being a  mentor. Although  I  am  tough,  students regularly invite  me to host a table at our annual School of Business awards banquets.” 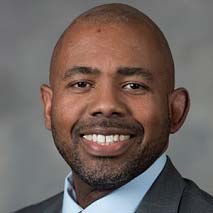