For Everyone That Comes After You

“I need to find a different way to achieve my goal,” veteran University of Texas accounting professor Dr. Michael Clement thought as he surveyed the classroom of his Accounting 380K course, Financial Statement Analysis. There was not another African-American in the room.

One of the reasons Dr. Clement had leapt off a lucrative career path in investment banking years earlier was for the psychic reward of mentoring the next generation of minority students aiming for careers in business. But this particular semester, he realized, he was the only African-American in any of the three sections he taught.

Reflecting further, he knew that the problem wasn’t unique to Texas. He had himself earned three degrees in business, one on each coast and one in the heartland. In all that time, it wasn’t until his final year of PhD coursework that he encountered an African-American professor with a doctorate in accounting.

“There must be a way to reach these students,” Dr. Clement thought. He contemplated a moment longer, then quickly dashed off an e-mail to the university’s head basketball coach requesting a meeting.

At prominent Division I schools like the University of Texas at Austin, the basketball coach is among the reigning deities. Top athletics coaches at these colleges tend to take their meetings with university presidents, wealthy donors and the parents of highly prized high school prospects. As an accounting professor, Dr. Clement didn’t expect much of a response to his e-mail. But in less than 10 minutes, an invitation to stop by and chat popped up in his in-box.

Ubiquitous on the UT Austin campus are reminders of what the university calls its core purpose: “To transform lives for the benefit of society.” The potential for such transformations was high among student athletes, Dr. Clement reasoned: the Athletics Department was one place on campus not lacking in student diversity. Many student athletes, he also knew, were first-generation students. He had heard stories of first-generation student athletes inspiring siblings, cousins and even their own children: they were living proof of a college education’s transformative value.

Dr. Clement’s proposition to the coach was simple: he offered to strike up informal mentoring relationships with the team’s African-American players, regardless of their major, to help them through academic issues they might face. The coach welcomed the idea, introduced the accounting professor to his team, and “things just took off from there,” Dr. Clement recalls.

The role grew and stretched beyond basketball. Dr. Clement was named to serve as the university’s Faculty Athletics Representative to the NCAA, a high-visibility position that makes him a pivotal bridge at Austin between collegiate athletics and academics. It places him at the heart of the ongoing societal debate over the balance between the two. It also places him at the side of the more than 500 Texas student athletes.

This positions him close to their ears, and this is what he tells them: “You are not here just for you. You are here for your families and everyone who comes after you—your children and your grandchildren.”

He recounts how his grandmother persistently pushed his father—who would become a college professor—to pursue higher education, and how his father then inspired him to enter academia. “One day,” he tells student athletes, “your grandson could be sitting here, and he won’t know why he is here. But it will be because you made the decision to complete your degree here.”

The students couldn’t ignore Dr. Clement’s presence and influence even if they wanted to. As Faculty Athletics Representative, he intervenes if their grades falter. He also signs off when classes have to be missed because of a road game.

Mostly, they listen appreciatively. Often, they approach him: something is going amiss in a class, or with the team, and they don’t know what to do. As an African-American and a professor, he is the person they can count on for advice. After the issue at hand has been covered comes the reminder: “Stay in school and finish your degree.”

The University of Texas produces world-class professional athletes; among the recent Longhorns to reach National Basketball Association superstardom were Kevin Durant and LaMarcus Aldridge. For these elite, a long line of advisers stands ready to assist and support them. Dr. Clement chooses to focus his attention on those students who are not superstars, for whom there is no such line of would-be advisers in waiting.

For the elite, the lure of leaving college prematurely to turn pro can be overwhelming. One athlete whom Dr. Clement befriended did rise to stardom, and he could not resist the siren call. He left Austin early to play in the NBA. However, Dr. Clement’s frequent admonitions had resonated and hit home: before he left, he promised Dr. Clement he would return and complete his studies.

Regardless of his new status as professional basketball player, he doubled back to Austin and the classroom without fanfare, every summer. He completed his Bachelor’s Degree as promised.

Himself a beneficiary of early career mentoring, much of it through PhD Project relationships, Dr. Clement actively mentors non-athlete undergraduates, as well as graduate students, of all backgrounds. “I believe there is a value to diversity,” he says. “There is value in learning from different kinds of people.

“I think I can impact my white students, my Hispanic students, my Asian students and my Black students. Everybody benefits from being around different kinds of people.”

Extending his influence across all three levels of academic study, he is also the director of the accounting department’s highly ranked doctoral program. In that role, his formal responsibility is to participate in decisions about admissions, course selection, funding and scholarship. To that he adds a personal commitment to provide guidance and emotional support for the many doctoral candidates who need it.

At the September 1993 meeting that would lead to The PhD Project’s creation, the then struggling doctoral student Michael Clement told his story to the assembled academics and business executives (see Origins), and the experience restored his flagging determination and confidence.

At that meeting he first articulated the thought that propelled him ahead, which he calls his “80 year test”: “When I get to be 80 and look back at my life, how will I feel about what I’ve accomplished?”

Through the relationships Dr. Clement has formed via The PhD Project and in countless others, it is a thought he has passed on to new generations of doctoral students who were similarly inspired and who are today’s and tomorrow’s leaders in business education. 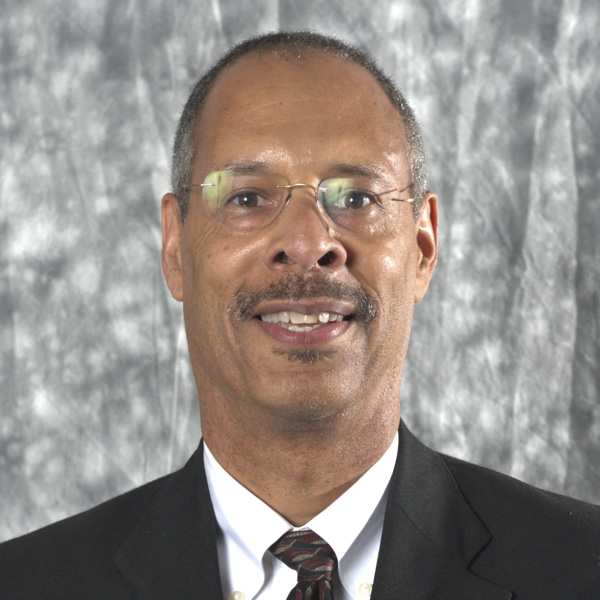