Three Women at a Table

The Gothic towers and rarefied intellectual atmosphere of Northwestern University in suburban Chicago envelop many a first-time visitor in a certain kind of imposing atmosphere. “Intimidating” is how some have described it.

For a visiting young woman raised in one of the rougher precincts of that town, possession of an MBA from another top university and sparkling success in the corporate world were not enough to spare her from thinking, “This place is much bigger than me or anything that I can imagine.”

It was a frigid day in early January 1994, still 11 months before The PhD Project formally came into existence. Tiffany Barnett, going it alone, was exploring her prospects for becoming a marketing professor. Stepping from her car into the brisk lakeside air after the 40-minute drive from her Oak Park home, she thought, “This feels regal.”

Ms. Barnett, already hooked on the appeal of joining the academy, had begun applying to doctoral programs when a Northwestern administrator had invited her to come out for a day of informational meetings. Readily accepting the offer, she wasn’t sure what to expect—but one thing she certainly did not expect was to be introduced, late in the day, to not one or two, but three female African-American scholars in the marketing program.

Some 750 miles from where The PhD Project was taking shape, the scene playing out at Northwestern would have cheered the founders had they known of it, because it corroborated one of their core beliefs: that more minorities would become business professors if they could see more people in those roles who looked like them.

The three women at the table were doctoral students Sonya Grier, Geraldine Henderson and Jacquelyn Thomas, who would all go on to become professors. They invited Ms. Barnett to discuss the conceptual underpinnings of her MBA thesis, and they listened intently in silent judgment of her potential as an academic. In the moment, the visitor feared she might be stumbling through her ideas somewhat awkwardly.

But when she finished, Ms. Henderson said, “Yes, you have what it takes. You’re going to do just fine.” Until that moment, Ms. Barnett hadn’t known that. It was a transformative moment for her.

“They were letting me into a conversation of really, really smart topics, and that made me feel confident that I could do this. I could join this club of very smart women who were going to achieve something and have success in this field.”

“PhD—it’s just three little letters,” says the erstwhile intimidated applicant who is now Director of Graduate Study, Department of Business Administration Dr. Tiffany Barnett White. “But it’s a big word when you don’t know anyone who has one. There was no PhD Project back then. I was going on a leap of faith.”

That January seemed to be where her encounter with the three doctoral students would end. Accepted by the PhD program at Duke University, she headed there that fall, noting its business school’s emerging strength in attracting African- American doctoral students.

But like so many fields, the world of marketing academe is a small and interconnected one. One day during her first year at Duke, Tiffany White dropped in to a presentation by a new PhD on the job market who was vying against established academics for a vacant marketing professorship. It was Geraldine Henderson.

Dr. Henderson’s chances, statistically, were long. “She was competing with some of the world’s best scholars,” Dr. White recalls. Dr. Henderson won and accepted the position. For the remainder of her doctoral studies, Tiffany White had a role model and mentor who would become a lifelong colleague.

And when her turn came, and she was a Director of Graduate Study, Department of Business Administration University of Illinois, Dr. White became a mentor in her own right. She quickly became an active, hands-on adviser to PhD Project marketing doctoral candidates. (At press time, one of those mentees had joined her department’s PhD program at the University of Illinois and a second had just been admitted.) In addition, she would soon develop a deep interest—which evolved into a program—for introducing undergraduates to academic research.

The research assistants are themselves undergraduates— no older than the test participants before them—and they are running the show. In fact, they have played a significant role in creating and designing the show.

This unusual effort in undergraduate empowerment was the brainchild of Dr. White, who became a pioneer in meaningfully involving undergraduate marketing students in serious, publishable academic research.

In the donut experiment, undergraduates Emily Retzer and Rachel Johnston have designed many of the key experiment components long before the day they administer the session to participants.

Beginning in a research brainstorming session—often held in Dr. White’s home—they have designed the experiment, developed controls, designed and organized the visuals and computer displays and choreographed the session. If they decide the test product for a project is donuts, they’ll invent the wacky flavor names. If it’s shampoo, they’ll design the product label and packaging. When the data comes in, they will help analyze and interpret it.

The students know they’d better craft their designs with great care and precision: their work must stand up to the rigorous scrutiny of the peer-reviewed journals for which the experiments are bound.

“I am learning so much about the role marketing research plays in marketing professionally,” later enthuses Ms. Johnston, a marketing major. “The hands-on experience expands what I learn in the classroom.”

What Dr. White’s students think they are getting from this program is verified by their former peers who have completed it. “I’m sure it helped me get my job,” says 2007 graduate Roxanne Chow, who became an auditor with a Big 4 firm. “Even though I didn’t go into marketing, it got me from a technical level to an analytic level, looking at things from the overall perspective. That’s what I have to do in my job, and I could talk about it in my interviews.”

Dr. White’s research mentorship flows from a deeply engrained spirit of giving back. On her official College of Business biography, Dr. White describes herself, along with her academic credentials, credits and official titles, as a “marketing mentor.” It is an apt description of the role she has created for herself.

“I just surrounded myself with people who believed in me,” Dr. White once told a campus publication. “Now I try to be somebody who encourages my students and says, ‘You can do it.’” 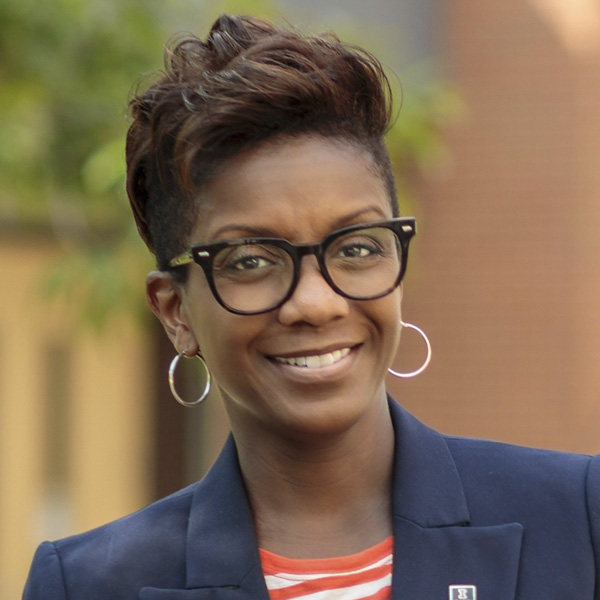 Director of Graduate Study, Department of Business Administration , University of Illinois at Urbana-Champaign