Anything in the World

The year was 1993, and the seeds that would become The PhD Project were just taking form as a new PhD went on the job market and interviewed for a management professor position.

At many of the campuses she visited,  Dr. dt ogilvie looked in vain for faculty members of color in the business school.  Rarely did she see one.  “The numbers were very sparse,” she recalls of those early years. “I remember going to the Academy of Management meetings—you’d look over the room and you might see a person of color or two, but it was rare. We all knew each other and we gravitated to each other.” Dr. ogilvie found employment at Rutgers University and inevitably, she and The PhD Project found each other. At the second conference in  1995,  Dr. ogilvie was a featured

panelist. Sitting in the audience was someone she had met four years earlier: Ian Williamson, a retailing manager who had been considering a career switch to academia for some time. When someone asked Dr. ogilvie if the rigors and challenges of earning a business doctorate were “worth it,” she replied, “It’s more than worth it. Once you get a PhD you can do anything in the world with it.” Ian Williamson took special note of her answer.

The words and the idea resonated with Williamson, who locked them into his memory and mindset. In the ensuing years as he pursued his doctorate, entered the professoriate and received promotions, Dr. ogilvie would become his go-to mentor for letters of recommendation, advice and overall guidance.

And when an unusual opportunity came along—a teaching, research and administrative position at the Melbourne Business School in Australia—the words Dr. Williamson had heard many years earlier reverberated as a challenge: “Anything in the world.”

“If that is true,” he reasoned, “and I don’t actually try to do ‘anything in the world,’ then I am underutilizing this degree.”

Dr. Williamson pursued and won the position. He says, “It has opened the floodgates of opportunity for me.”

Dr. ogilvie has mentored so many doctoral students and junior faculty since that 1995 conference, that she was named to The PhD Project Hall of Fame in 2013. The mentorship she offered Dr. Williamson would be indistinguishable from the countless others she took on, except for the fact that mentor and mentee’s paths eventually converged and gave rise to a remarkable and fruitful synergy.  Their joint  scholarship is lifting the  prospects of two widely disparate underserved communities.

Building a career at Rutgers, Dr. ogilvie came to feel she had found a home. Over the years, academia’s seeming allergy to minority business professors, which she had found so distressing in her job search, was starting to ease thanks to The PhD Project’s work. Here was where ability and determination met opportunity and need. Rutgers Business School was not only located right in the heart of downtown Newark, New Jersey, but through her efforts, it was actively engaged in economic development partnerships with the community. Dr. ogilvie founded The Center for Urban Entrepreneurship & Economic Development (CUEED). Its goal: to create a world class research hub that would engage and partner with the surrounding community to create, encourage and support economic growth.

To do that research, Dr. ogilvie attracted top academic talent from leading universities to the center. As a result, Rutgers Business School was acquiring a reputation for an increasingly diverse faculty—thanks in no small part to her persuasive recruiting efforts of PhD Project professors. And, as icing on the cake, Rutgers Business School seemed to welcome faculty with social and community interests, and to encourage academic research into minority-related topics.

Newark, with all its socioeconomic ills and challenges, “was our laboratory,” she recalls. Rebuilding it—through the growth of entrepreneurship—was the aim. First generation entrepreneurs came to the center to be taught sound approaches to successful entrepreneurship by Rutgers faculty and other subject matter experts. They left it with actionable business and growth plans.

The year Dr. ogilvie launched the center—2008—was not a fortuitous one. But when the long recession that began that year finally eased, most of the businesses in her center had endured. Also thriving were the undergraduates coming through the school’s new minor in entrepreneurship, as well as a two-block patch of downtown targeted for rebirth by Dr. ogilvie’s institute. The center had swiftly emerged as an influential nexus for research and community-oriented business education outreach.

Watching all this carefully was Dr. Williamson. Despite numerous entreaties by Dr. ogilvie to join the exciting work in Newark, his sights were set farther away. “Anything in the world” had evolved for him into increasing appreciation for the opportunities and challenges of global business. This awareness came to him in part from the large representation in his classes of international students from all over the world. Their discussions in and out of class often revolved around experiences and perspectives that were, literally and figuratively, foreign to him. They were the conversations and contributions of young adults who had left their home countries to explore business issues in a different culture and setting.

“If I am to remain relevant as an academic and contribute to this conversation,” he thought, “I need to experience what they are experiencing. If they can do it, I should be able to do it also.” These realizations prompted Dr. Williamson to accept the position at the Melbourne Business School in Australia, which was just then creating a center to examine new ways for a business school to address social challenges. In 2009, he became its first director.

Melbourne Business School’s leaders were prescient and enlightened enough to conceive the Asia Pacific Social Impact Leadership Center, but they were not knowledgeable enough to build it by themselves. They gave Dr. Williamson carte blanche to invent the program. His response gratified them profoundly: “I’m coming with a template.”

But first, he headed to Newark.

Dr. Williamson identified that one critical issue for his center to address was the severe economic disadvantage in the indigenous Australian community. The physical environment and demographic characteristics of the Aboriginal population differed from the urban setting of Newark, but the issues were very similar: like the minority urbanites in Newark, the indigenous groups of Australia had strong entrepreneurial traits but little formal education or experience in business. Dr. Williamson spent two months in Newark with Dr ogilvie, observing what she had built and learning the lessons of what she had accomplished: “I had seen what worked, and it was a matter of contextualizing it with the Australian experience.”

At Melbourne, he established an initiative called Murra— the Aboriginal word for fishnet, as in the gathering of native entrepreneurs by the business school in order to educate them. Its curriculum and underlying principles dovetailed closely with those of the Newark center.

Today, the Newark center and its counterpart in Melbourne create synergies that transcend borders. The two centers collaborate on research and problem-solving. Dr. ogilvie has introduced innovative approaches that were new to Australia, both to the university and local government leaders. Many of her ideas are being implemented.

The collaboration is a two-way street. The Melbourne center has become an incubator for social entrepreneurship, the notion of community and non-governmental organizations applying business methodologies to grow and thrive. Rutgers management professor Dr. Jeffrey Robinson, a PhD Project professor from New York University whom Dr. ogilvie recruited to Rutgers as assistant director of CUEED, visited

Melbourne to teach Dr. Williamson’s students and interact with faculty. He returned home with new ideas that helped fuel his development of another new CUEED initiative, the New Jersey Social Innovation Institute. Economic and social organizations on two continents are being enhanced and strengthened by the intellectual cross-fertilization that continues to unfold in Newark and Melbourne.

As a professor, CUEED director and former associate provost at Rutgers, Dr. ogilvie was having a tangible impact. But new opportunities do come along, and in 2012 Dr. ogilvie went to Rochester Institute of Technology (RIT), where she served for two years as dean of the business school. During her deanship, the school’s academic rankings improved and undergraduate applications increased. But among her first acts in that role: establishing a Center for Urban Entrepreneurship in downtown Rochester, modeled after Newark, to contribute to the resurgence of that city. The center, scheduled to open in 2015 but already offering programs at interim locations, will enlarge RIT’s presence in downtown Rochester. Its goal is to help businesses with growth potential connect with area investors and sources of capital. Dr. ogilvie was named in 2014 to chair its advisory committee and serve as Distinguished Professor of Urban Entrepreneurship.

Dr. ogilvie continues mentoring doctoral students and junior faculty associated with The PhD Project. Among those she helped navigate  the  long  path  from  PhD  student  to employment as a professor was a young Hispanic scholar from Southern California who shared her passion for reaching beyond campus borders to an underserved community…. 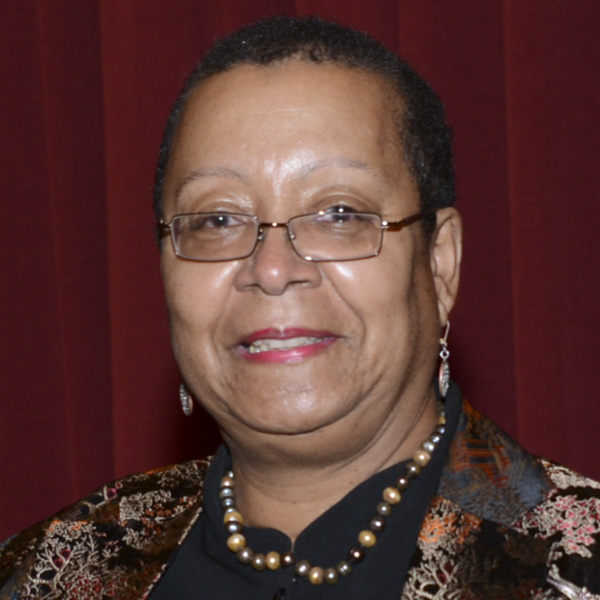 PhD University of Texas at Austin 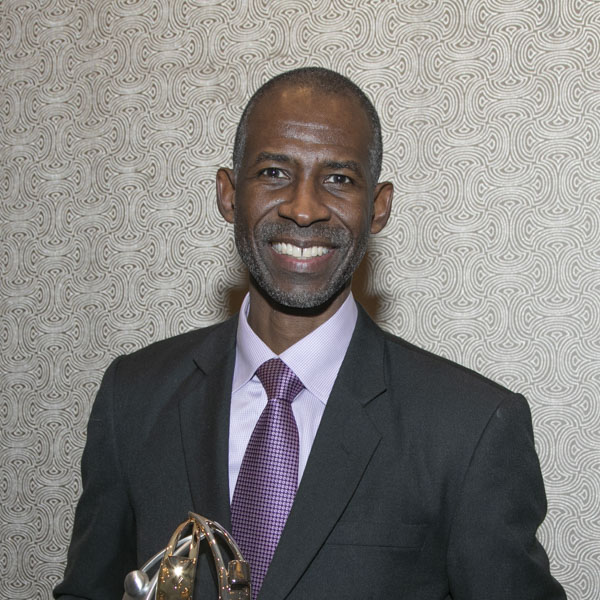