Angélica Gutiérrez learned from experience, at age eight, how stereotyping and prejudice can deprive ethniccminorities of educational opportunity. Her mother was summoned to the elementary school principal’s office one day to hear that her daughter had a learning disability and would be transferred to a special education program.

Fortunately for Angélica, her mother instantly recognized this assessment for the nonsense it was. She calmly explained to the principal that, no, the issue was that English was not her daughter’s native language. Angélica remained in the school and went on to excel there and in all the schools that would follow.

But it wasn’t until late in high school that she fully appreciated that she could accomplish great things. Running for student body president, she concluded her campaign speech with an unusual request. She told the students she would one day run for President of the United States, and she asked them to remember to vote for her then too. Her bold request was not met with the laughs she expected; rather, the crowd responded with cheers and applause.

Angélica went on to undergraduate study at UCLA and then earned a Master’s in Public Policy at the University of Michigan. Not long after, she switched career plans and disciplines to pursue a doctorate in management, back at UCLA.

The idea of becoming a professor wasn’t completely new; it dated back to an undergraduate experience. As a student peer counselor, one to whom freshmen and sophomores (especially minorities planning to study business) flocked for advice, Dr. Gutiérrez recalls the troubling pattern she discerned:

“They would find me early on, their first or second quarter, and they were always very enthusiastic. They were eager to get into the business major and start taking courses, because they all had incredible dreams about someday launching their own business or becoming an executive at a high profile corporation.”

“But I noticed that in their second year, many of them decided to change majors. It was disheartening to see them lose their motivation, and I would ask them why. It turned out they no longer felt they had what it took to complete the coursework. They had great difficulties with their economics classes.

“I would encourage them to visit their professors, to ask how they might better prepare for the next exam, or provide a better paper next time.”

The response she frequently heard disturbed her. But it was the spark that led to her discovery of her calling: “They said they did not feel comfortable, as ethnic minorities, going to see their professors. They would say, ‘I feel intimidated. My professor is from a different group, and I don’t see how I can engage them in a conversation.’”

After hearing variations on the same doleful story from several students, she grew frustrated, thinking: “If I were that professor, I would not only provide them with extra instruction; I would do everything possible to mentor them and encourage them to continue as a business major.

“And then at one point I just said to myself: Angélica, why don’t you become that business professor you wish they had?”

The Saturday Business Academy, an offshoot of a UCLA community outreach program, targets college-potential high school students from at-risk communities in south Los Angeles. As early as 8:00 A.M. on Saturdays, they meet with teachers and young professionals for a full morning of college preparation and coaching. Even as a doctoral student facing a daunting work and study load, Dr. Gutiérrez would conduct workshops on negotiations at the Saturday morning academy.

“These students will be interviewing for jobs; they will be negotiating,” she says. “They will have to negotiate effectively, whether it is for an employment offer, the purchase of a car, over a contract, or for an apartment. These are skills they can learn, and I present them.”

Many in the group have heard little, during their youth, about the various professions and jobs that exist in the
business sector. Dr. Gutiérrez walks them through an overview of the many opportunities that could await them in business. But first, she cautions, they need to acquire their diplomas and degrees.

In this program and in regular visits back to her own LA- area alma mater, Dr. Gutiérrez plants seeds of encouragement for the teenagers to attend college and earn that diploma. Wherever she detects interest or aptitude, she encourages them to consider studying business. One year, a high school junior responded not only to the message, but more specifically, wanted to matriculate at UCLA. Dr. Gutiérrez coached and supported her on every step of the admissions process, and through the subsequent four years of earning a bachelor’s degree in economics. The young woman became a successful professional and, at press time, was planning to apply to an M.B.A. program.

“She is going to excel in her M.B.A. program just as she excelled as an undergraduate,” Dr. Gutiérrez predicts confidently.

Since becoming a professor, in addition to her teaching and mentoring, Dr. Gutiérrez conducts innovative research and serves government. She explores issues of diversity and inclusion relating to various aspects of business management, notably recruitment and hiring. In 2013, she began working with the City of Los Angeles on examining its recruitment, selection and retention of women minority workers.

Dr. Gutiérrez was one of 10 Hispanic women recognized as the “Next Generation Latina” by Latina Magazine, an award that honors Latinas who have made a significant impact as role models, mentors and leaders. She was one of 20 Hispanic women named a “Latina  of  Influence” by Hispanic Lifestyle magazine. 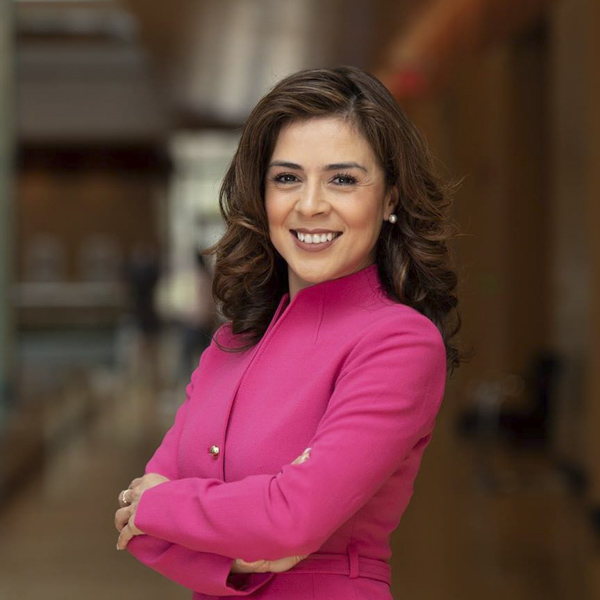 Academic Director for the Master’s of Science in Management, Loyola Marymount University