From high school days in his native Ethiopia on, Amanuel Tekleab yearned to become a professor. Spurred by parents who lacked formal schooling but placed great value on education, he set out after his dream. The path led to seven years of teaching business in his homeland, and then to the United States, where he entered the MBA program at Clemson University.

Midway through it, he learned that an MBA is not required for a doctoral degree in business. He swiftly enrolled as a Ph.D. student at the University of Maryland. But despite  nearly  a  decade  in  academe,  Dr.  Tekleab quickly realized he faced an obstacle—the perception of some others that, as an international student, he wasn’t “good enough.” “I had to prove to a few faculty that I could do it, that I was equal at the least to the others,” he recalls. “And I had to prove to myself that I could do research and complete a doctoral program.”

To establish himself firmly, Dr. Tekleab set out a three- part strategy. He programmed himself to succeed by programming his time carefully and intricately. He found a mentor. And he worked very hard.

“I would work every day from 6 a.m. until midnight, and at the start of each semester, I would program my entire week by the hour,” he explains.

“I would start with my class schedule, and then schedule in every hour—for research, writing, reading, and team projects. When I woke up in the morning, I knew exactly what I was going to do.”

Dr. Tekleab wisely fit in time to start working with his department chair, Susan Taylor, who soon became his mentor. “I owe her a lot; she is almost like my mother,” says  Dr. Tekleab.

Dr. Tekleab has been published in the Journal of Organizational Behavior, and his first paper as a doctoral student won honors from the Academy of Management. But the most rewarding aspect of his new career, having learned “that people believed in me,” is to believe in his students.

“I got all the support I needed when I was studying, whether for a research problem or a personal problem, and I am happy to transport this to my own students. There is nothing like seeing them gain something from what you teach, and then to see them graduate.”

Hard work continues to pay  off  for  Dr.  Tekleab,  now  a full professor with tenure at Wayne  State  University  in Michigan. He won a university-wide research award for junior faculty, carrying a research grant from his university  for 2007-08. He has had nine articles and a book chapter published, with an equal number in the pipeline, and presented or co- presented at two dozen conferences. He served on a doctoral dissertation committee in 2008. He serves on his  school’s research committee and Ph. D. program advisory committee. 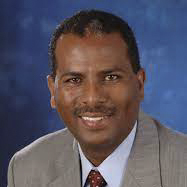