A Secret Mover of the Needle

Tenured professor Dr. Jorge Pérez didn’t fully appreciate his  decision  to  branch  into  senior  administration  at Kennesaw State University until one morning several months into his term on the university Cabinet, reporting directly to the president. Around 11:00 that day, he proposed a major new initiative to the president.

By 2 P.M. the president had assembled the provost and several vice presidents and deans to discuss the idea. By late afternoon, the plan had been launched toward becoming a reality on the suburban Atlanta campus of 25,000 students.

“A very large initiative that has changed the institution pretty significantly was born that day. That’s intoxicating to

me—the ability to watch my ideas take flight,” says Dr. Pérez. Increasingly, PhD Project professors—many of whom held senior, influential positions in business before entering academia—are advancing to college leadership roles. They are discovering that while the joys of being a professor and influencing a few dozen or few hundred students are indeed great, the opportunity to leave one’s mark over a wider footprint affecting tens of thousands can be irresistible. They are also discovering that prior experience as an executive or manager prepares them to excel at the skill sets required of a dean or department chair (as of mid-2014, approximately 52 PhD Project professors had stepped up to fill an administrator’s chair).

Dr. Jorge Pérez arrived at Kennesaw State as an assistant professor of Information Systems in 1998. The event almost never happened at all.

Two years earlier, gainfully employed as a non-doctoral instructor, but drifting without motivation to complete his dissertation, he had packed uncertainly for the first-ever meeting of The PhD Project’s Information Systems Doctoral Students Association in 1996.

Also attending that meeting was a man he had not seen in some time: the chair of his dissertation committee. That encounter, and the excited buzz emanating from the other doctoral students, renewed his spark. He spent several hours talking with his dissertation chair and made a momentous decision: to leave his teaching job and return to the PhD program to complete his doctorate. “Had it not been for that meeting,” he now says, “I might never have pulled the goal back within reach.”

At Kennesaw, and finally titled Dr. Pérez, he rapidly emerged as a gifted professor. Focusing at first—appropriately, for a new assistant professor—on the building blocks of attaining tenure (reached in 2004, after just  six years) and promotion, he soon found his interest turning to university-wide matters beyond his department. It was the early 2000s, a period when the professional class in America was adjusting to the rise of the technology-based workplace. As an information systems expert, Jorge Pérez understood this strange new world far better than most of the humanities, social sciences and marketing academics populating the campus. Named a Faculty Fellow for E-Learning, he soon acquired a reputation as Kennesaw’s “tech guru.” Excelling in this new role, he co-created and taught two courses in computer literacy—one for the students, another for the faculty.

His reputation grew, and in 2009 he was offered a coveted position: a three-year term on the university’s Cabinet as the Faculty Executive Assistant to the President. It was in this role that he delivered the morning pitch for an idea that became a done deal by day’s end.

“Until then, information systems was my field. When I took that appointment, leadership became my field,” he recalls.

Engaged in overseeing the daily operations of a major public university, he found the experience to be “the most intensive job I’ve ever had; incredibly challenging. I learned how difficult and nuanced leadership is,” he explains. “Celebrating people for what they accomplish, and at  the same time challenging them to continue to grow, is incredibly difficult. I observed the president and his senior cabinet members on a daily basis trying to do their best at a very difficult thing.

“It changed me fundamentally. It catalyzed in me a very deep interest in exploring my own leadership abilities. Leadership is a calling, and I hear the call.”

When the three-year term ended, the president of Kennesaw State proposed a wager to Dr. Pérez, who was by tradition expected to return to his original faculty job: “I’ll bet that if you do, you’ll be back in my office within six months telling me that you’re pursuing another leadership position.”

The president was correct—Dr. Pérez had indeed been changed profoundly and permanently by his exposure to leadership. But there was a third alternative, and it was the one Dr. Pérez chose.

The American Council on Education (ACE) awards approximately 50 prestigious Fellowships annually that prepare promising faculty members and administrators for senior leadership roles in academia. Dr. Pérez applied for and was awarded an ACE Fellowship for 2013-14.

ACE Fellows work for a year at another institution under the direction of top administrators. Dr. Pérez selected the Massachusetts Department of Higher Education for his fellowship placement. Working on strategic planning with the senior deputy commissioner for academic affairs of that state’s 29-campus public higher education system, he became engaged with education policy on a statewide level. The experience, which required him to work with local campuses on implementing a central system vision, heightened his desire to continue growing as a leader: “The complex interplay of how institutions in a system relate to the state, the legislature and each other is very fascinating to me.

“In the broadest sense, the biggest benefit o the fellowship is learning—very intensive earning about leadership. I also learned about myself, and that will help me have a better sense of what trajectory I want to pursue next.”

As to that Kennesaw State initiative that Dr. Pérez proposed at 11 A.M. and saw launched three hours later: he chooses not to disclose what it was. Barely anyone other than the university president ever knew that he was the idea’s originator.

“And that is OK,” he explains. “One of the most lasting lessons of leadership is that it doesn’t matter who gets the credit, as long as the needle moves.”

On campuses across the country, the needle is starting to move in ways large and small, visibly obvious and subtly long term, as PhD Project professors like Dr. Pérez begin to make an impact on higher education policy.

2013-14 was a banner year for The PhD Project and ACE Fellowships. Three of the six business professors selected as ACE Fellows that year were PhD Project professors. The others were Dr. José Antonio Rosa of Iowa State University and Dr. Charles Wesley Richardson, Jr. of Claflin University (see: Road Less Traveled). 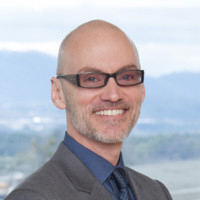