Sitting in the crowded meeting hall among 265 other hand- selected participants at the first PhD Project conference in December 1994 was a soon-to-be former financial analyst and small business development consultant from Philadelphia. Quinetta Roberson would go on to become one of the first PhD Project participants to make the successful leap to academia, and within a decade became the first professor of color to attain tenure at Cornell University’s School of Industrial and Labor Relations.

Not content to rest on tenured laurels, Dr. Roberson eventually moved on to Villanova University. In her research too, she was prone to carve out new directions rather than follow well-beaten paths. A leading scholar of organizational behavior, she acquired a reputation for her exploration of fair treatment at work and how management of diversity can improve organizational effectiveness. “I’m always into doing stuff that no one else has done,” she likes to say, half- jokingly.

In 2012-13, an opportunity that played right to those core traits developed. A one-year directorship opened at the prestigious National Science Foundation (NSF). “I thought, here’s a chance to have an impact,” she recalls.

At NSF, as Program Director for the Science of Organizations (SoO), her role was to make funding decisions about research projects submitted by scholars nationwide. In applying new criteria to the decision-making, Dr. Roberson influenced the course of research in organizational behavior on a national level.

While many PhD Project professors do important research that advances their disciplines, Dr. Roberson in her NSF role had a broader, more interdisciplinary impact than any individual researcher ever could. Funding the kind of cutting edge work she believes is critical to America’s global competitiveness, she supported projects that will widen and deepen the academic knowledge base that American business needs. She also created funding opportunities for scholars not accustomed to receiving NSF grants, including underrepresented minorities.

With a $4 million budget for Dr. Roberson’s program at NSF, the SoO division is one of the nation’s leading funders of organizational research. Surprisingly, it is among the better kept secrets in academia; the line outside its door for grants is not as long as one might expect. Dr. Roberson worked to change that. “There was an urban legend that NSF didn’t really fund management research,” she explains. Also, many scholars believed NSF funding was too small and short-lived to justify the work of obtaining it. But once inside the organization and “seeing the secret sauce,” as she puts it, she concluded that both assumptions were false. She broadcast the word widely through academia, especially in circles that hadn’t traditionally tapped into the NSF funding source. Among them: PhD Project professors and other groups of underrepresented researchers.

Dr. Roberson was the first actively researching management scholar in many years to hold the NSF position. She brought to the role all the values, priorities and interests that made her a respected, innovative professor. In her own research, Dr. Roberson had long felt driven toward transformative issues at the forefront of her field. To no one’s surprise, she used her $4 million NSF budget toward— and sought out—the same kind of work.

One project she backed will show energy companies how to improve power delivery by focusing on their systems and people as well as their hardware. Another will have a similar effect on engineering firms. Usually, engineering enterprises try to improve their effectiveness by studying research on engineering processes. Dr. Roberson supported research that would help them do the same by examining their human processes. She also awarded grants that will accelerate the study of virtual organizations. Another grant funded under her stewardship is exploring how teachers and principals can deliver better educational services through improved teamwork. True to her own passion for the cross-discipline approach, Dr. Roberson also collaborated with other NSF units to jointly support proposals that spilled across traditional academic borders.

Another of her goals, she recalls, was “to try to diversify the pool” of funding recipients. One of those people was PhD Project professor Dr. Jeffrey Robinson of Rutgers University. After learning of the opportunity through Dr. Roberson, he obtained funding to convene a cutting-edge panel in Newark, NJ. The subject: academic research that might lead to new public policies for strengthening social entrepreneurship.

To non-academics, faculty diversity is often defined as the representation of people of color who stand up front in the classroom. But that is only one part of the picture. The real heart of academia is conducting and publishing research—the development of new knowledge. What most of the public, including many undergraduates, don’t see is how the work of knowledge creation takes place away from the classroom. The paucity of diversity so evident in front of the business classroom is less visible, but equally or even more so pronounced, inside the academy’s research-making machinery. Journal editors, review panels and senior faculty in this world are overwhelmingly white, and often from elite institutions.

“I made it a point to diversify the reviewer pools,” she says. “I selected scholars from smaller schools, schools with a balanced focus on research and teaching and HBCUs. I sent messages out to The PhD Project list and other networks.”

As a scholar of the subject, she did so with a clear purpose: “We know generally that diversity of thought produces a better outcome. I wanted to use that broad brush because it brings a more comprehensive perspective.”

The research proposals that Dr. Roberson supported in 2013 will take several years to take form, get published and influence the business and academic communities. Still, it is not too early to assess the impact of her time at NSF. One of the agency’s senior leaders, Jeryl Mum power, offers this:

“NSF depends on distinguished scholars like Professor Roberson to take time out from their own research and teaching careers to work for the Foundation to ensure that the very best research on the science of organizations is supported. During her time at NSF Professor Roberson did just that, and she did it superbly. Her exemplary stewardship of the SoO program promoted the growth and advancement of a critically important field of social and organizational science.” 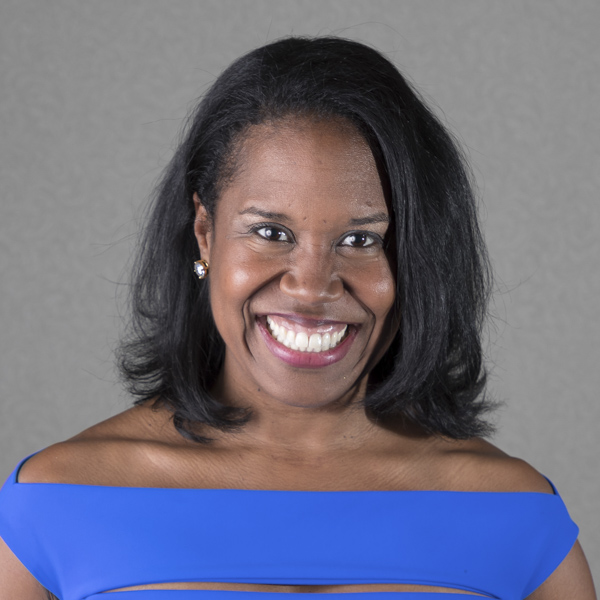