Mentorship: Pass it Along

When a young Miriam “Mimi” Stamps was still of an age when maternal influence is real and present, her mother advised her to become a teacher.

The future Dr. Stamps promptly rejected that advice. It was a time when women were first beginning to think beyond the pre-feminist era stereotypes that had limited their career choices. Some years later, as her husband pursued a career in academia, an opportunity for Mrs. Stamps to teach at the college level materialized. This was a challenge she welcomed and accepted. To her great satisfaction, she realized that “this was very different” from what her mother had envisioned for her. She also came to realize, quickly, that she would be the only minority faculty member wherever in academia she looked.

It was the beginning of a long and significant career as a professor of marketing for Dr. Stamps, who rose to become retired Chair of the Marketing Department of the University of South Florida. Along the way, she developed and sharpened an acute sense of the importance of reaching out to young students needing career and life guidance. “I fell in love with teaching and with the impact a teacher could have on students’ lives,” she recalls. When The PhD Project was formed in 1994, she embraced the opportunity to mentor and help develop a new generation of scholars from minority backgrounds.

“You don’t just teach,” she explains, “you preach.”

Dr. Stamps’ role as a mentor and life coach grew so great that she was inducted into The PhD Project Hall of Fame.

Among the many to have been touched by Dr. Stamps is Dr. Carolyn Massiah, now a lecturer at the University of Central Florida. After hearing Dr. Stamps speak at the last session of the last day of her initial PhD Project conference, she introduced herself. An e-mail and phone mentoring relationship began almost immediately; Dr. Stamps advised and guided the would-be scholar, first on applying to and selecting a doctoral program, and then through all the hurdles, exhilaration and trials of earning the degree. Rising up the ranks as a successful doctoral student and junior faculty, Dr. Massiah continued to rely on sage advice and mentoring from Dr. Stamps. When her turn came to get prepared by veteran PhD Project professors for her first job interviews, Dr. Stamps was assigned to coach her. “It was a phenomenal, complete circle for that to happen,” Dr. Massiah recalls.

Once she had reached the first rungs of success, Dr. Massiah asked her mentor how she could pay her back. The answer, at first, surprised her.

“She said, ‘it’s not about paying me,’” Dr. Massiah recalls. “She said there was a young lady she wanted me to talk to and guide.”

The “young lady” was Rebeca Perren, a prospective doctoral student who was trying to decide whether to become a business professor. Dr. Stamps had encouraged her to attend the annual conference of The PhD Project to guide her decision.

Just as Dr. Massiah had connected with Dr. Stamps at her first PhD Project conference, she now assumed the identical role for Ms. Perren. She became a full-fledged long-term mentor to the prospective academic, who would shortly be accepted as a doctoral student at Dr. Massiah’s university. The bond developed quickly and tightly: “By the next summer,” Ms. Perren says, “we were doing research together.”

Dr. Massiah went on to co-chair Ms. Perren’s dissertation committee. A strong new link was forged in the chain of mentorship that started when Dr. Massiah first met Mimi Stamps.

Dr. Stamps also continues to mentor Ms. Perren, who says, “I’m not special—it’s more like the rule. I know many students who have gotten critical advice from her.” Dr. Rebecca Perren is now an associate professor of marketing at California State University – San Marcos.

“You have to reach back and help others make it,” says Dr. Stamps. “When I look at The PhD Project, I see person after person do that. For me, that’s what it’s all about.” Dr. Massiah, in her still unfolding academic career, continues to view Dr. Stamps as “a lifeline if I need it.” Meanwhile she has leapt at the opportunity to mentor and guide undergraduates, even bringing one young research assistant to attend the 2013 PhD Project conference.

That student, Carlos Robles, switched his major from communications to marketing after taking Dr. Massiah’s course at the University of Central Florida. “It’s such a different experience having a minority professor, because you make not just an academic connection but a human connection,” he said at The PhD Project meeting. “I feel I am not a student at a huge university, but an individual with the potential to become something greater.”

Whether or not Robles ever becomes a professor, Dr. Massiah believes that every time she touches the life of a student, “I am helping to pay back everything The PhD Project has given me.” 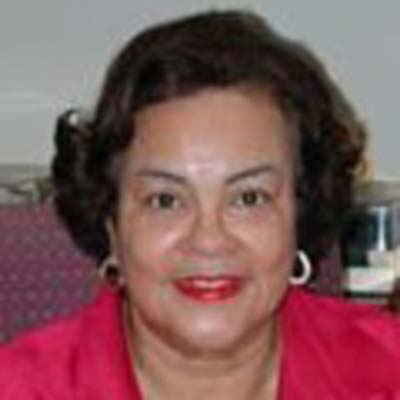 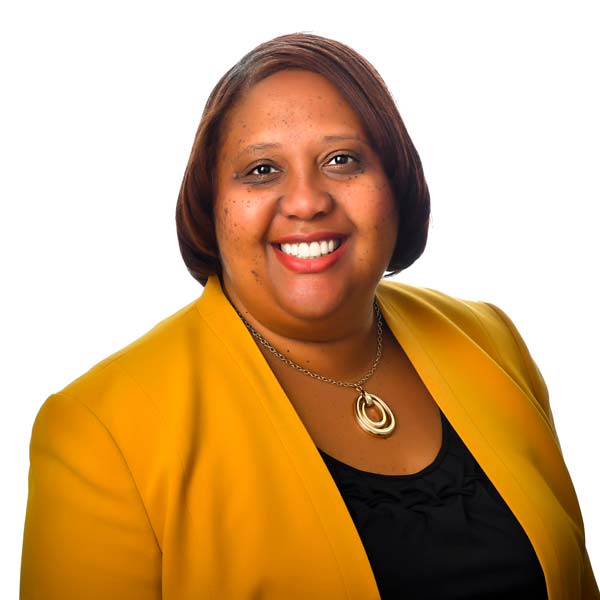