The first-year PhD candidate, an African student with five small children under age six, was struggling greatly with the intense rigors of adjusting to doctoral study. His doctoral committee, meeting privately to review the unpromising record before it, gingerly turned its discussion to talk of the exit door.

“Maybe,” one faculty member said reluctantly, “it is time to acknowledge that we made a mistake.” Dr. Thomas Lopez, another member of the committee, leaned forward and said firmly, “No. I think he can do it.”

The committee ultimately agreed to let the student continue, but Tom Lopez knew he had just added another project to his plate: helping this student right his path and advance to a successful academic career.

It would not be an unfamiliar mission for Dr. Lopez, a longtime PhD Project participant and mentor. He has mentored so many, for so long and so well, at every level of accounting education nationwide, that he was among the first non-founders admitted to The PhD Project’s Hall of Fame.

In this case, Dr. Lopez knew the struggling student not only on campus, but through The PhD Project. He had reached the critical conclusion that prompted him to speak out in the young man’s defense: this student had the talent to succeed. But Dr. Lopez also knew the student faced an exceptional personal challenge: adjusting to a new country with a young family. So the veteran professor sat down with the fledgling scholar for a pep talk. It ended with the same words countless others had heard Dr. Lopez speak: “If I could do it, you can do it.”

As a motivational technique, this phrase is among the more frequently used tools in the standard coaching and mentoring toolkit. But numerous PhD Project doctoral students and junior faculty report that the message resonates with uncommon clarity and force when delivered by Dr. Lopez.

The reason lies in who Tom Lopez is, or more precisely, who he was. First stop on his career journey was Miami, a city he served for 13 years as a police officer. Next came seven years as a C.P.A. Only then did he turn his sights toward academe and earning a PhD. Clearly, this is a person whose professional roots are wrenchingly real-world and non- abstract. Today, Dr. Lopez is—as a third career—a widely respected, oft-published scholar who holds the Ross-Culverhouse Endowed Chair of Accountancy at the

University of Alabama. He is a highly regarded, deeply committed academic who comes across as a regular guy. Because he is. And so, when recounts his life story and says, “If I could do it…,” struggling doctoral students listen.

But to the doctoral student with five young kids at home, that phrase was just an opening parry. Over months that turned into years, Dr. Lopez met regularly with the student. The meetings were often tough, and the message was blunt. Harsh words, the kind not usually associated with the rarefied halls of academia, sometimes flew in both directions. When it was all over, four arduous years later, the student graduated at the top of his class.

Today, the student needs just two words to recall and characterize those sessions: “Tough love,” says Dr. Nelson Alino, who is now an Associate Professor of Accounting at Quinnipiac University.

“There were times when I wanted to quit,” he remembers. “Tom would tell me, ‘You have five kids. You need to teach them not to quit, so show them that you aren’t a quitter.’ That gave me the encouragement I needed to continue and finish.

“He would push me to the limits sometimes, and when he saw me starting to break, he knew the right words to bring me back. Without him, it would have been a different story for me.”

Although Nelson Alino was one of many he has mentored over three decades, Dr. Lopez recalls the experience well: “What I saw in Nelson was a person with a lot of talent, but having a tough time expressing that talent and finding the right area to work in. And, with five kids and a wife who wasn’t working, he literally couldn’t afford to fail. He needed somebody to be hard on him, to help him.”

“There were times I regretted things I said to him. Words can be like bullets—they hurt. I know I said things that hurt him. But I could see the other side of it: here’s a guy who has what it takes to be successful; he just needs somebody to help encourage him, get him over the hump. Did I feel bad about some of the things I said to him? Yes. Do I still regret it? Not a bit, not a single bit. Because look at him now.”

Dr. Juan Manuel Sanchez, another PhD Project professor who met Dr. Lopez through the organization, saw another side to the “No Quitting” mindset surface when he and a third PhD Project professor collaborated with Dr. Lopez on a research paper. The prestigious journal reviewing it raised one vexing challenge after another with each successive draft. The effort faltered; its wheels began wobbling. Two of the three co- authors were frustrated enough to consider waving the white flag. The third was Tom Lopez. “We’re going to plow through it,” he told his partners. They did, with Dr. Lopez taking the lead in resolving issues with the editor. The journal published the paper in 2011.

Collaboration is a hallmark of Dr. Lopez’s research work. At the 1999 PhD Project conference, a young prospective doctoral student searched in vain at the university recruiting fair for a professor at Arizona State University he had heard might be a potential mentor. The man was nowhere to be found, but at another university’s booth, Craig Sisneros encountered a newly minted professor who had just completed his doctorate at Arizona State. Tom Lopez, there to recruit doctoral students for the school that now employed him, earnestly plunged into a lively discussion on the attributes of Arizona State. The young man, sold, enrolled there the following year and developed a strong friendship with Dr. Lopez that blossomed into a professional collaboration. Dr. Lopez and Dr. Craig Sisneros, now Assistant Professor of Accounting at Oklahoma State University, have published two papers in leading journals together and are working on more.

Dr. Sisneros, nominating Dr. Lopez to The PhD Project Hall of Fame in 2012, noted that Dr. Lopez has attended every single PhD Project conference since presenting at the first one as a doctoral student. In addition, he said, Dr. Lopez has formally and informally mentored an endless stream of doctoral students through the Project’s Doctoral Students Association: “Tom’s constant presence and positive attitude at the annual conference has been an inspiration to countless numbers of prospective students that are now in their programs or have finished and are now on faculty.”

Beyond his engagement with The PhD Project, Professor Lopez has long been an active advocate for diversity in a number of other educational settings. Among them: serving on the President’s Minority Affairs Review Committee while on faculty at the University of South Carolina and for two years on the AICPA’s Minority Initiatives Committee. At Texas A&M, his first faculty position, Dr. Lopez developed and led a business careers awareness program, designed to increase minority undergraduate enrollment at that college. After moving to the University of South Carolina, he developed a similar program there. Both programs are still operating successfully today.

Dr. Lopez, asked how as an active professor and researcher he found time to mentor undergraduate and doctoral students replied, “That’s what I get paid for, that’s my job.” Actually, it isn’t. Universities pay their faculty to research, publish, teach and serve the institution. The rest is, at best, optional. Tom Lopez respectfully sees it differently: “It seems part of the makeup of an accounting professor is to do some mentoring and try to help people get somewhere. I feel it’s my responsibility to try to help as much as I can. I’ve helped some high school students on getting into college accounting or finance programs. I’ve helped some undergraduates who were struggling in their programs to become successful, graduate and start into careers.

“When students say ‘Thank you for helping me, for providing time, for seeing me,’ they don’t really need to. Because really, seriously, that’s my job. To help them be successful.” 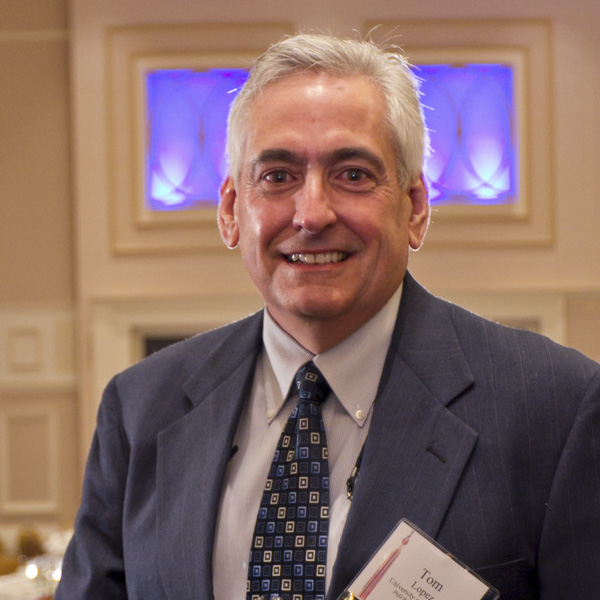